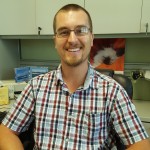 Eric D. Lamore earned his Ph.D. in English Studies at Illinois State University in 2007. He is the editor of Reading African American Autobiography: Twenty-First-Century Contexts and Criticism (U of Wisconsin P, 2017) and Teaching Olaudah Equiano’s Narrative: Pedagogical Strategies and New Perspectives (U of Tennessee P, 2012) as well as the co-editor of New Essays on Phillis Wheatley (U of Tennessee P, 2011). Recently, he wrote a chapter on early black Atlantic lives and texts for Joycelyn K. Moody’s forthcoming book, A History of African American Autobiography (U of Cambridge P). He is working on a book that merges the fields of early black Atlantic literature and book history. His research focuses on the literature of the early black Atlantic, transatlantic lives and texts, African American literature, early American literature, textual scholarship, book history, life writing, and the teaching of literature. He is also interested in tennis autobiography and the global history of tennis.