8 Books to Read During the Apocalypse

The End of Time.

Your first thought is, how much toilet paper do I have? Your second, I need an arsenal teeming with rolls and rolls of it. Finally, you think, I have time to read!

You’re nervous, of course. You’ve exhausted yourself with a long string of excuses that always keep you from the one thing you truly want: to pick up a book. Not a book assigned to you through a syllabus, but one guaranteed to capture your interest. Well, worry not, I have great news: you don’t have to listen to your syllabus anymore, you can listen to me! I hope my minor in Writing and Communications, along with a sizable book collection, is qualification enough to guide you towards a more riveting reading list. If you’re willing to trust me, I promise these books will not disappoint you.

Warning! There is no correlation between the length of my reviews and how much I love the book. 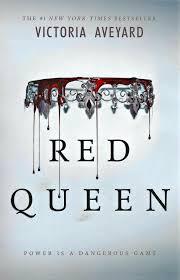 In a dystopian world where blood defines your status, the Reds are impoverished, held under the heel of the Silvers—elites born with god-like powers. It is a world similar to ours except in the near future where society took a terrible turn. Mare, a common Red girl, discovers that despite her blood, she possesses a power of her own. Fearful of her potential, the Silvers decide to hide the truth of her nature, and declare her a Silver princess, engaged to a prince.

To me, no other book can compare to Red Queen. I couldn’t put it down once I started, and I fully intend to read it again… and again. Not only does Victoria Aveyard do an incredible job at creating characters that you fall in love with, but the plot she constructed was flawless. Throughout the novel, I’d stumble upon infrequent clichés, and the few I identified were executed with commemorable artistry. It’s not another tiring narrative with predictable direction, but a weave of complex characters whose interests intertwine to form one cohesive and riveting story.

Eleanor Oliphant is completely fine. She lives a very timetabled life, consisting of minimal human contact, frozen pizza, vodka and phone chats with Mummy. Her social skills are poor, at best, and she’s inclined to say exactly what’s on her mind. This all changes when she meets Raymond, the bumbling IT guy from her office. His big heart eventually helps Eleanor repair her profoundly damaged one.

I’m going to be perfectly honest and say this is not the most entertaining book out there. BUT, please hear me out before you keep scrolling down the list. I believe this book is incredibly special. I wouldn’t classify it as romance because, unlike most conventional novels, Eleanor’s path did not rely on Raymond’s love for her, but on her own individual narrative. I can confidently say that I am hardly ever this satisfied with the development and ending of a novel. Furthermore, I’ve never experienced such a unique feeling of hope from a piece of literature. 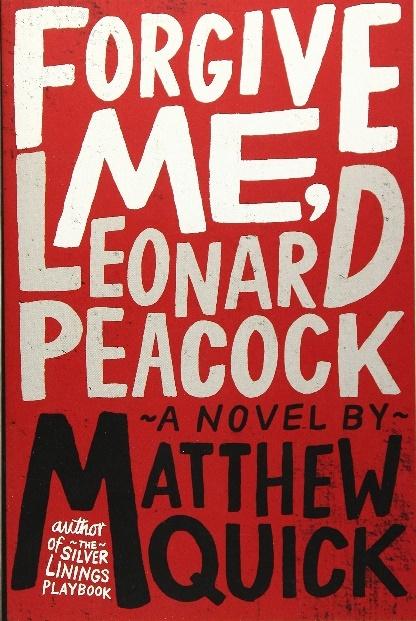 The book begins on Leonard Peacock’s birthday. It’s also the day he intends to kill his former best friend, and himself, with his grandfather’s P-38 pistol. But he must say good-bye to the people that matter most to him. As the hours pass, his secrets are revealed, and the moment of truth approaches.

I read this book years ago, but I remember bawling my eyes out (I’m only exaggerating a little). For this reason, I feel this novel will always have a special place in my heart and my bookshelf.  It may seem lighthearted at first—well, as much as a story about a teen with murderous intent can be—but it slowly becomes a very emotional telling of trauma and suffering. The secret will break your heart as much as it did mine.

Memoirs of a Geisha

Memoirs of a Geisha presents the story of Nitta Sayuri, one of Japan’s most celebrated geisha. You see her learn the rigorous art of becoming a geisha. It’s a world where a girl’s virginity is auctioned off to the highest bidder, and where women are trained to charm men.

I fell in love with this story because of the writing. Don’t get me wrong, the plot was entertaining, and I learned a lot about Japanese culture. Despite it being a tad slow and repetitive in a few parts, I was engrossed from beginning to end. Arthur Golden has such a descriptive talent that makes everything come to life in ways you’ve never experienced. If I needed a word to describe this book, it would be “unique.”

Disclosure: Take this story with a grain of salt. While there is truth to Golden’s story, he based most of it on the life of Mineko Iwasaki, a former geisha. She later denounced his story, claiming he twisted reality and didn’t depict the life of a geisha accurately.

In this novel, suicide is now an international epidemic. Sloane struggles to keep her emotions in check to avoid landing in The Program. It’s the only treatment proven to clear depression, but your memories are taken with it. This troubled teen keeps her feelings buried, and only trusts her boyfriend James, who’s committed to keeping them both out of The Program. But as time passes, it gets harder to hide their depression and they slowly unravel.

This is a fast-paced read that leaves no room for boredom, much less time for you to catch your breath. I was captivated from the very start. It falls under the classic “dystopian” genre, but it’s like nothing you’ve read before. The characters are complex and deeply interesting, and I love every single aspect of the plot. I read this years ago but I can still remember how on-edge it made me feel.

Amy Gumm is transported to Oz by a tornado, but it isn’t the Oz she’d seen in the movie. In this new world, Dorothy found a way to come back and seize power. Over time, the power went to her head, and she became a callous dictator. Amy has been recruited by the Revolutionary Order of the Wicked, and she’s been given a mission: remove the Tin Woodman’s heart, steal the Scarecrow’s brain, take the Lion’s courage, and kill Dorothy.

This was my favorite book before it was dethroned by Red Queen (pun intended). But it’s definitely second best, no question. I used to watch The Wizard of Oz when I was young, and it was thrilling to see these characters in such a different light. Amy is a great protagonist, and Dorothy is an excellent villain; I absolutely hate her now, after reading this book. The immense creativity that went into creating this plot is almost unmatched among the range of novels I’ve read in my life, and I find it incredibly hard to forget. Such sentiment is derived from the immersive setting masterfully crafted by Page. It’s composed of different creatures and a world that not only evokes a sense of twisted wonder, but a feeling of nostalgia for those who grew up reading the book or watching the movie of The Wizard of Oz.

The Vault of Dreamers

In the prestigious Forge School of the Arts, every waking moment of its students is televised, and for twelve hours each night, the students undergo an induced sleep. When Rosie Sinclair skips her sleeping pill one night, she discovers the terrifying reality of her school. As the days go by, Rosie finds it harder to trust not only her surroundings, but herself.

I’ll admit this book was going to fall under the category of “Average Reads,” but it definitely earns merit as you keep reading. Up until this novel, I hadn’t read a book that had me genuinely question the protagonist’s narrative, and, subsequently, my own beliefs regarding the reality of the story and my trust in the narrator. The author may have derived inspiration from The Giver, but elected a sort of dystopian universe that squanders the hope that, in part, characterized Lois Lowry’s novel. Reading The Vault of Dreamers was terrifying and exciting all at once, and it definitely earned a spot in this article.

A Hope More Powerful Than the Sea

Doaa and her family leave war-torn Syria for Egypt, where civil unrest is rising, and the political climate is making it a dangerous place to live. There, Doaa falls in love with Bassem, and together they decide to join other refugees on the dangerous journey across the Mediterranean on run-down ships. But after a few days at sea, their boat is sunk by another. With no land in sight, Doaa is left floating on an inflatable with two babies clinging to her, surrounded by floating corpses.

Melissa Fleming is the head of communications and chief spokesperson for the United Nations High Commissioner for Refugees. Through extensive and intimate interviews with Doaa, she was able to write her story and eventually publish the book in 2017.

This memoir was deeply moving and powerful. Of course, I cried at this tragic telling of her experiences as a refugee. Doaa practically takes you by the hand and shows all the hardships people have had to face in countries like Syria and Egypt. Along the way, I learned a lot about Syrian culture, including their traditions and the ways in which they were impacted by the progressively corrupt government. Unmistakably poignant, the novel repeatedly exposes you not only to the harrowing circumstances of Doaa and her family’s life in Syria and Egypt, but to their unshakeable resilience.