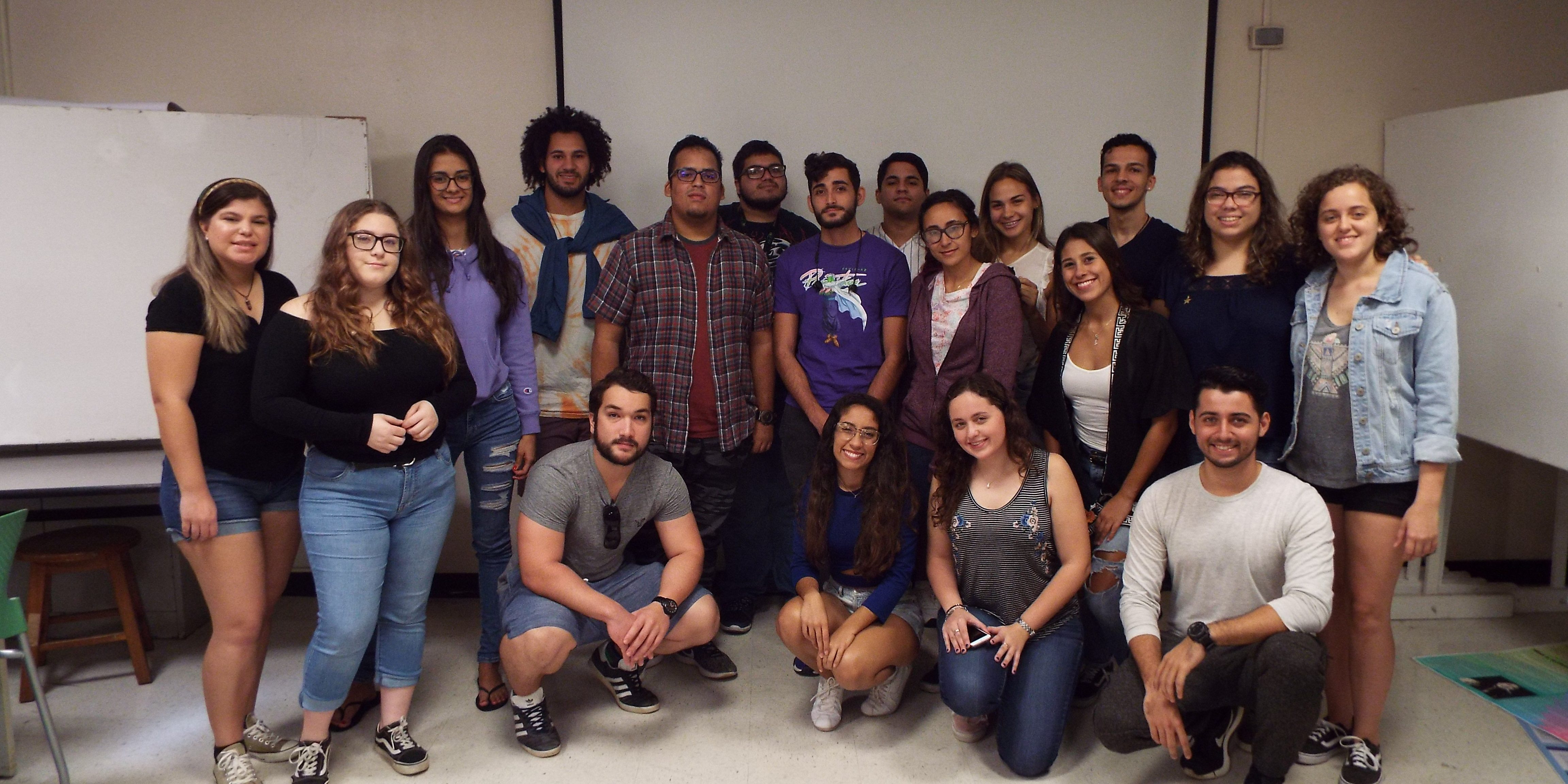 Recently Dr. Ricia Chansky’s students from the Narrative as Social Justice project presented a preview of their interview entries concerning those that had harsh experiences during hurrican Maria. On December 4, the students gathered in CH-326 to formally present their findings among themselves and other visitors present. The project’s main focus is to “highlight those moments the media didn’t catch during and after hurrican Maria”, as the project’s social media director stated in the event. The misinformation about the dissaster hurrican Maria caused in the island (not only physical, but emotional as well), is something that often gets badly represented in the media, reason why these students were on board as soon as they were asked to obtain as much information from the person of their choosing as they could possibly get. 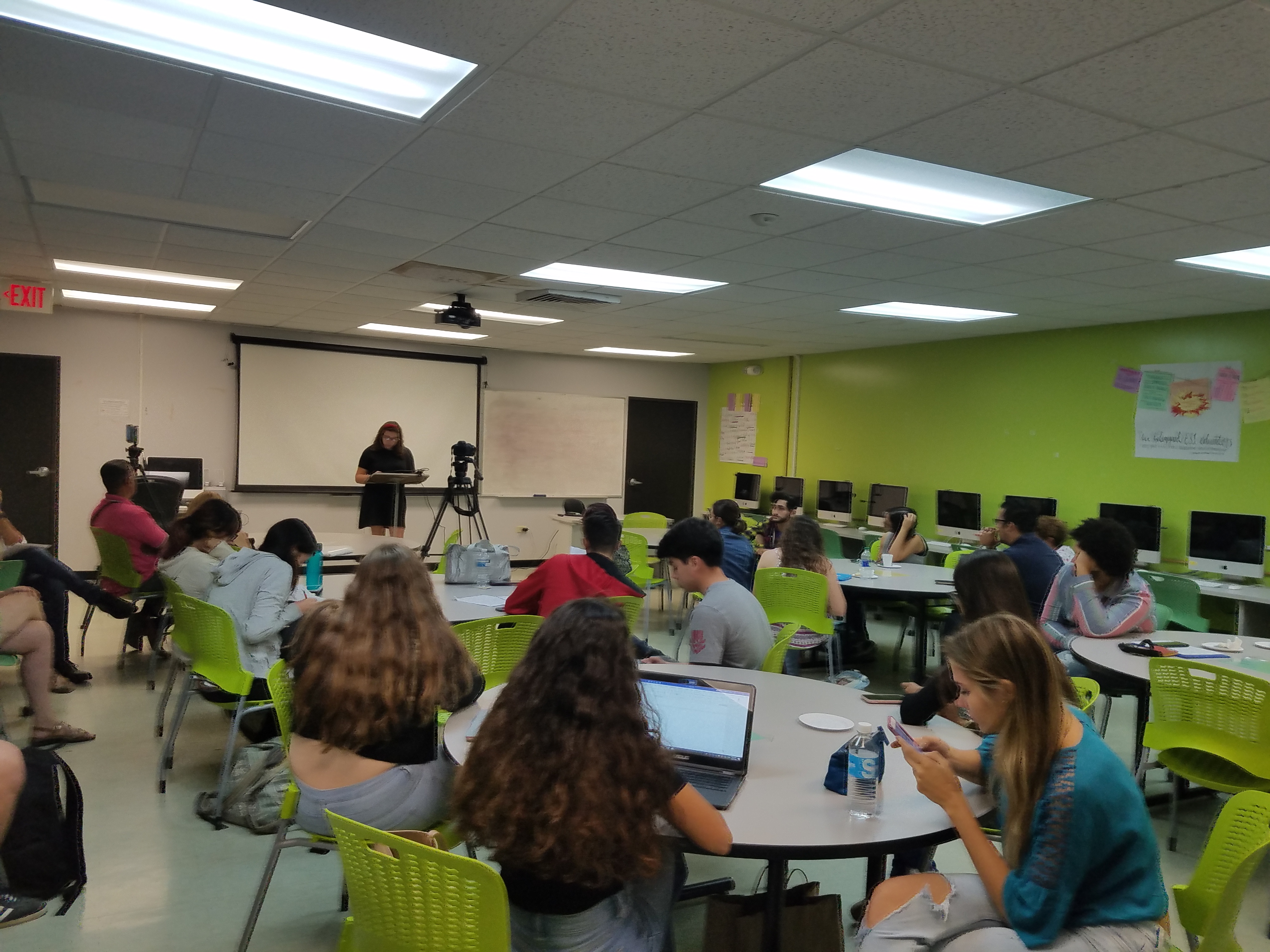 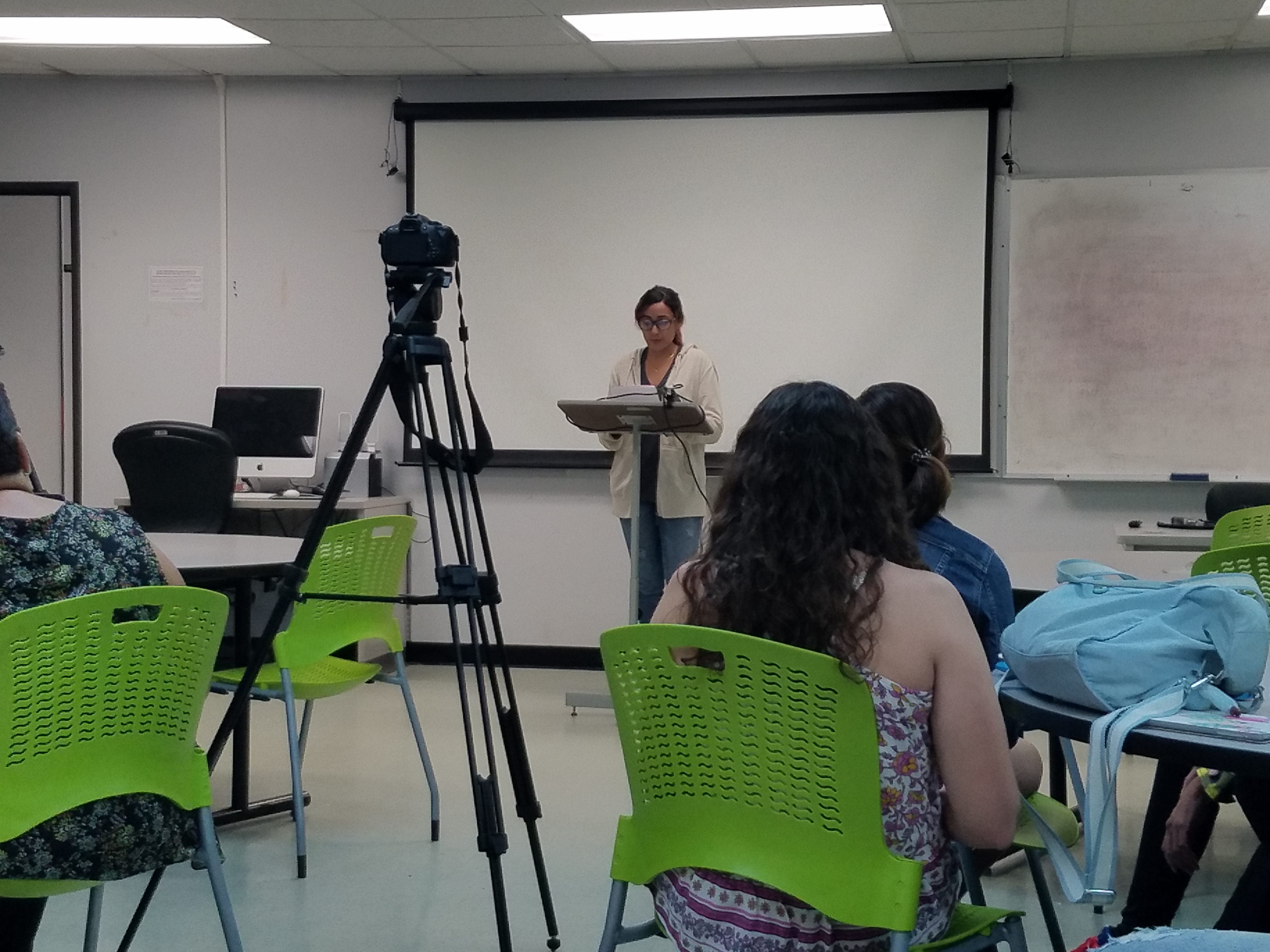 Each of the students from the course took turns presenting their writtings and sharing the reason why they chose the person they interviewed. Some of the students chose relatives or familiy members that were close to them such as English Majors Brenda Flores (the project’s social media director), who she shared how her father often worried about having money in his pockets for the concern of getting mugged–a common fear many had during those first post-Maria days, and Mara del Toro (Literature student), who also shared how her relative struggled dealing with a family members suicide attemps through the already hectic months that followed after the storm hit. Most students seemed proud of having these stories out into the world, and were clearly moved by the people they interview along with the project as well.

To find more about the project follow the link bellow to its official media page:

and be sure to visit The English Department’s blog during the week for an article related to Dr. Chansky’s recent award!