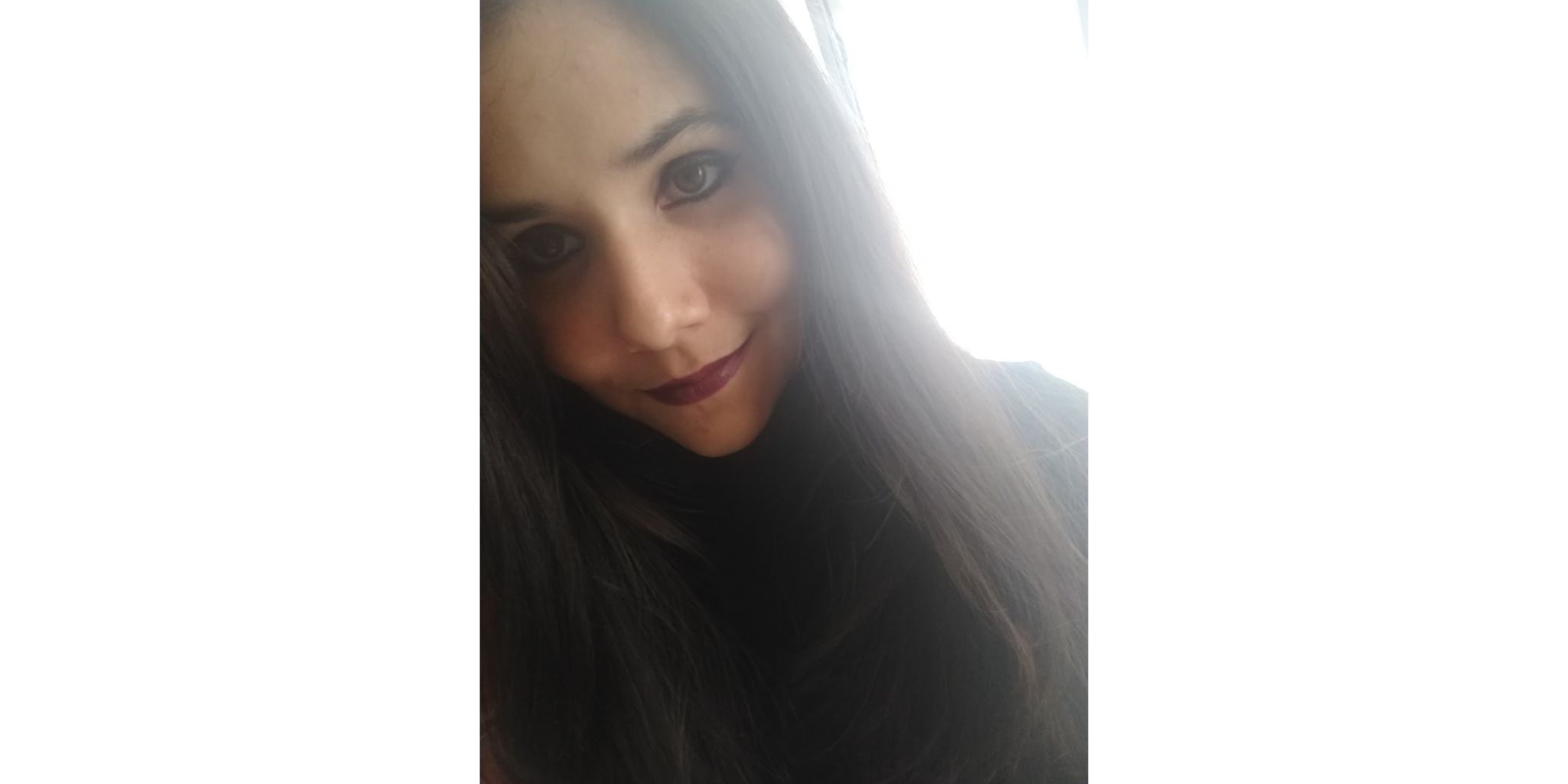 On April 29, 2020, grad student Adriana De Persia defended her thesis, titled “From Caliban to Me: Postcolonial Reading of Elizabeth Núñez’s Prospero’s Daughter.” Her thesis is about Caribbean reimaginings of Shakespeare’s The Tempest with an emphasis on Caliban and Ariel, the villains of the story.

In 2016, De Persia graduated with a Bachelor in Multidisciplinary Studies with a concentration in Touristic Culture from the UPR in Carolina. She was inspired to research and write her thesis on this subject after a conversation with Dr. Maria Quintero before starting her thesis. The professor described how there is a long Afro-Caribbean tradition of voicing the many ideas and observations about the conception of villains and badness that De Persia thought she could never express. Later on, this professor became a member of her committee.

De Persia recalls the many conversations she had with this professor about villains, the devil and his representations “and lots of fun stuff like that,” De Persia said.

Dr. Linda Rodríguez would later become her chair. Additionally, Rodríguez led  her to another committee member who introduced her to the novel that she ultimately chose to do her thesis on.

De Persia further explains how writing a thesis is not a linear process; subsequent meetings occurred as she wrote and shared her work with the other two committee members. It seemed to be a never-ending loop of discarded paragraphs and re-written sections, until she finally had the true and final version.

Being a first-generation graduate student who had no previous degree in English, Linguistics or education, De Persia’s entire MA journey had unique challenges. Learning to navigate the program and academia at a graduate level was an ever-present obstacle.

Meanwhile, writing her thesis, De Persia also faced some challenges of her own. De Persia explains how her biggest challenge was justifying the connections she was making in the literature and being able to explain them clearly. She points out:

“Although I read plenty of scholarship and tried my best to emulate it, I still felt my writing was different, that I wasn’t delivering it in the same way because I was approaching the thesis and writing itself differently. There were times I didn’t know whether I was actually writing the thesis the way I was ‘supposed’ to, or if I was creating my own thing, my own Frankenstein.”

Nevertheless, De Persia looks back on it all as a thrill, simply because of how it felt to be constantly exploring, creating, and questioning. She considers it especially thrilling walking on uncharted territory. “It’s exciting knowing people might someday read it and wonder, ‘What is this?’And I’ll go, ‘Let me tell you a story.’” she described.

Before the curtain closes…

When asked what was the highlight of her studies, De Persia responded that it was “The people who led me to revolutionary scholars and writers where I found community and my voice. The people who gave me opportunities, and the people who helped me when I needed it the most.”

However, even after all the thrills, revisions, drafts, and meetings, De Persia admits that, if she could go back and do things differently, she would have chosen not to work with Shakespeare. She explains: “I’ve always steered clear from his plays because I strongly felt they were imposed and held as this marker for great literature and it drove me up the wall. But hey, I got to talk about all of that in the thesis and make the connections I wanted so I win anyways.” She would have also cited more of the sources that she read throughout this process and thus add them to the works cited page.

De Persia explains that,when it comes to the beginning stages of writing your thesis whether it be choosing or meeting with your thesis committee, discuss all of your sources with the professor a few times. “As you grow, you also see what your professors align with and what they don’t, which is helpful because it’ll allow you to know what your own position is,” she stated. De Persia also encourages future students to not be afraid to point out and make connections, to ask questions, and to be patient with yourself.

Along with this, De Persia also recommends: “Always apply for scholarships, fellowships, internships, conferences, etc., especially now that many are happening online! Don’t limit yourself to one path; remember that there are exciting opportunities everywhere. But, always be humble. I can’t stress it enough.”

Adriana De Persia is set to begin her PhD at the University of Cambridge in the Fall of 2020. In addition, she also continues to work within the field of publishing, both as a storyteller and on the editorial side.

“There are editorial positions in other fields and places, too, as well as great job opportunities that aren’t necessarily traditional paths for a graduate from our program, so I’m always open to whatever catches my attention,” De Persia concludes.