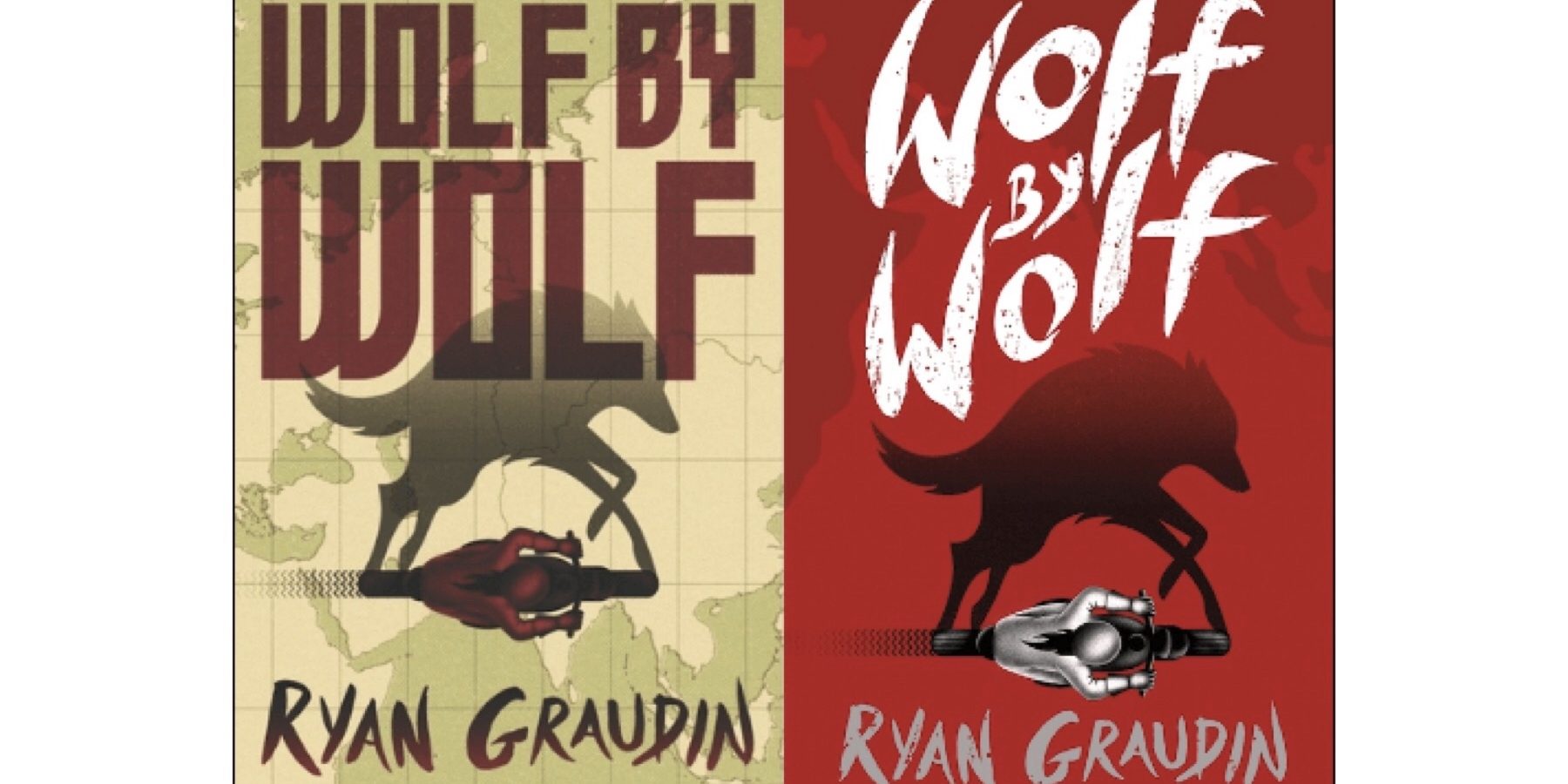 *Content Warning: This book and this review contain graphic depictions of violence, depictions of prejudice or intolerance, and frank talk of death. If these topics are sensitive to you, please refrain from reading any further.

Imagine, if you will, a version of The Hunter Games by Suzanne Collins set to the backdrop of the Holocaust and Nazi Germany. Then add a protagonist with a very sci-fi skin shifting ability, an unoriginal YA romantic subplot, and you will begin to wonder if perhaps this project was ill-conceived.

Ryan Graudin’s Wolf by Wolf is an alternative history novel aimed at younger audiences that imagines a version of history wherein the Axis powers won World War II and Hitler remains in power. Yael, the protagonist, develops the ability to shape-shift into anyone she wants (with three small limitations: she can not alter her gender, scars, or tattoos) while enduring Mengele-esque melanin experimentation designed to change her race at an unspecified Nazi work camp. She becomes involved with a resistance movement that plans to kill Hitler, but in order to do so, she must take part in a transcontinental motorcycle race while impersonating last year’s winner: Adele Wolfe.

Yael’s narrative is split between a now/then structure which details the events leading up to her assassination attempt on Hitler, with flashbacks to the horrors she experienced in the camp and the years following her escape. The format is effective enough from a storytelling sense, though the reader will note that the flashbacks are significantly more interesting to read than the chapters relating to the motorcycle race.

Graudin’s style and diction often leave something to be desired. Often her metaphors are confused or just very odd. For example, what can be understood from an accent described as “mozzarella soft” or hair that is “pillow high?” She also tends to employ repetition, seemingly arbitrarily, which makes her writing feel like a first draft. The use of sentence fragments, nouns in place of adjectives, and onomatopoeic words in place of more powerful descriptors all ultimately lend themselves to developing a juvenile writing style.

Her writing is further weakened by her tendency to tell rather than show. The motorcycle race takes Yael to Rome, Cairo, New Delhi, Shanghai, and Tokyo but the reader is only aware because the location is placed at the top of every chapter. Very little prose is dedicated to taking the reader to vastly different and beautiful landscapes.

Even worse, characterization also suffers from poor writing. Graudin leaves no room for interpretation when it comes to the relations between characters. Often, characterization is embedded into the exposition. One character, who goes away for a few years, returns completely changed from when Yael sees him last. That sort of dynamic could make for interesting interactions between characters, but instead, his character growth is listed in a particularly long and dull paragraph.

One would think that someone such as Yael, who has seen the very worst of humanity, would come to loathe Nazis and be extremely distrustful of others. And yet, Yael interacts with her fellow racers–whom she frequently refers to as National Socialists–with the social awkwardness of talking to someone who knows you but whom you don’t know. Additionally, she even begins to feel a fondness for another Nazi racer that feels unearned and undeveloped. She goes as far as to describe him: “Yes Luka Lowe was a National Socialist, but he was different on the inside. Where it mattered.” (p. 278)

Yael has relationships with other characters, but they are all simply too underdeveloped. Instead of portraying why and how these people mean so much to her, the author merely tells us–and possibly because there are so many characters that the author simply did not have time to develop all of them. One character named the Babushka has all of seven pages dedicated to her relationship with the protagonist. Perhaps it would have been more effective to have one or two well-developed characters instead so that the weight of their loss can be more heavily felt as the reader is allowed to grow fond of them and see for themselves just what Yael loses in their loss.

Over the course of almost 400 pages, the reader does learn about Yael but Yael does not undergo any character growth worth mentioning. She begins and ends the motorcycle race the same common young adult book protagonist she was when she began.
Those interested in the topic of historical fiction especially those set during World War II are recommended to instead read Number the Stars by Lois Lowry. For a non-fiction alternative, consider Night, a memoir by Elie Wiesel.