Juan A. Colón and Japanese Animation in the Classroom 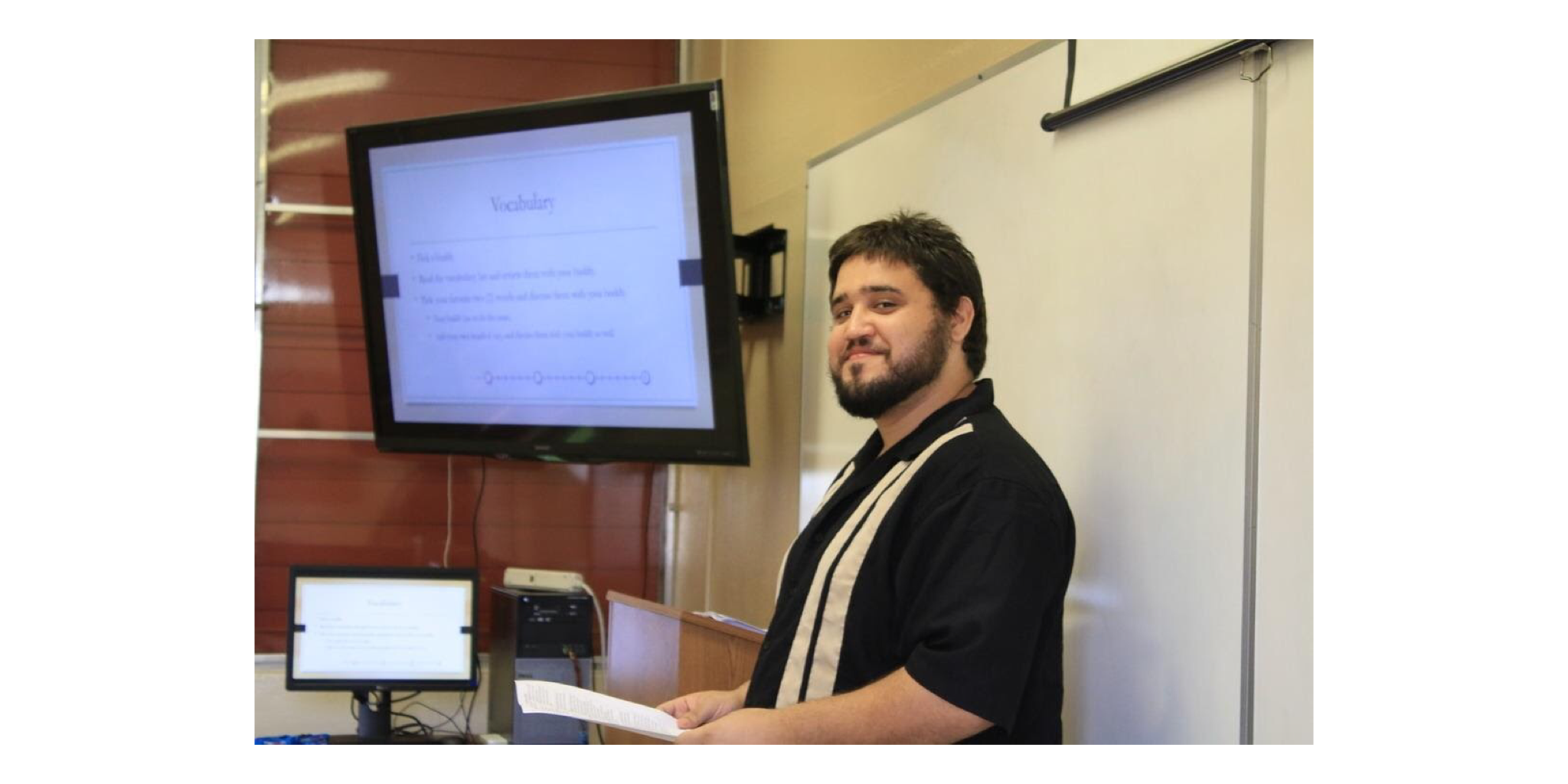 Juan A. Colón’s research into literacy, curriculum design, and Japanese animation (commonly known as Anime) come together as one in his thesis titled “New Literacies: Using Anime to Expand Teachers’ Resources In the Classroom.” On May 22, 2020, he successfully defended his innovative work.

As an English Graduate, Colón made use of diverse tools to help his students develop new skills in the classroom. His use of Literature poster presentations offered both STEM students and Liberal Arts majors ways to incorporate a visual medium for representing their compositions; a project that exceeded expectations and was well-received by his peers.

Now he seeks to harness the appeal anime has on students. Colón explained how anime could be integrated into curriculum design as a tool for ESL educators, and other teachers, to engage students with subject material.

Anime as a resource

Anime is a highly watched animated medium in Japan that has surely managed a foothold in the western world in the past decade. It has influenced many western artists and animators, which have enabled the medium to reach a wider audience.

To avoid confusion between animated mediums, Colón defines anime in his thesis as “animations produced with features and iconography which originated from Japanese comic authors.”  He also narrows the scope by presenting recommendations on different titles depending on the particular skill set an educator seeks to nurture in his classroom. In this list, he agglomerates animations rich in knowledge on science, sports, literature, home economics, and even gastronomy.

An example Colón is personally fond of is from sports anime “Yowamushi no Pedal,” an animation focused on cycling and teamwork which takes great care of explaining techniques used in the sport. One episode illustrates how a tight line formation is favored in team cycling since it reduces air friction for the rest of the team while the lead takes the brunt of the force. This technique allows the rest of the team to rest their muscles while matching the lead’s speed. Such examples can help demonstrate advanced concepts for related subjects in the classroom.

Since many individuals are still new to anime,  educators may have to explore a few titles before deciding whether to make use of the medium. Colón found that secondary research material on the integration of anime into curriculum design was also scarce and hard to pinpoint. He sought to remedy this issue by dedicating a section of his thesis to an explanation of anime geared towards ESL educators. He also encourages teachers to “go to the experts themselves: students,” since “they can guide educators to the right resources as well.”

After a successful defense of his thesis, Colón plans to expand his research, and pursue a Ph.D. on curriculum design. He has academic interest in Literacy, multimodality, cinema, and anime. He’s also worked as an assistant producer, screenwriter, and director of short films and would be glad to do so again.

Given the chance to go back, Colón wouldn’t change a thing. He recognizes “trial and error” as an imperative part of the learning process, essential for growth and development.

And to all aspiring graduate students, he advises them to follow these 4 essential steps to success, given to him by his advisor, Prof. Rosa Roman:

“Time Management, Exercise, Meditation, eight hours of sleep,” and, a secret fifth element, “flexibility with yourself.”