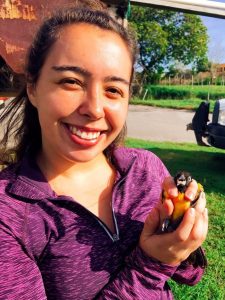 Paola Álvarez obtained a B.S. in Animal Science (2019) from the University of Puerto Rico, Mayaguez Campus. She joined the ECaFSS project in 2017 under the supervision of Dr. Leyda Ponce de León where she worked on the effect of ginger powder in the keeping quality of pasteurized milk. During 2017 Paola also participated in a summer internship at the Puerto Rico Department of Natural and Environmental Resources, where she worked with endangered species.