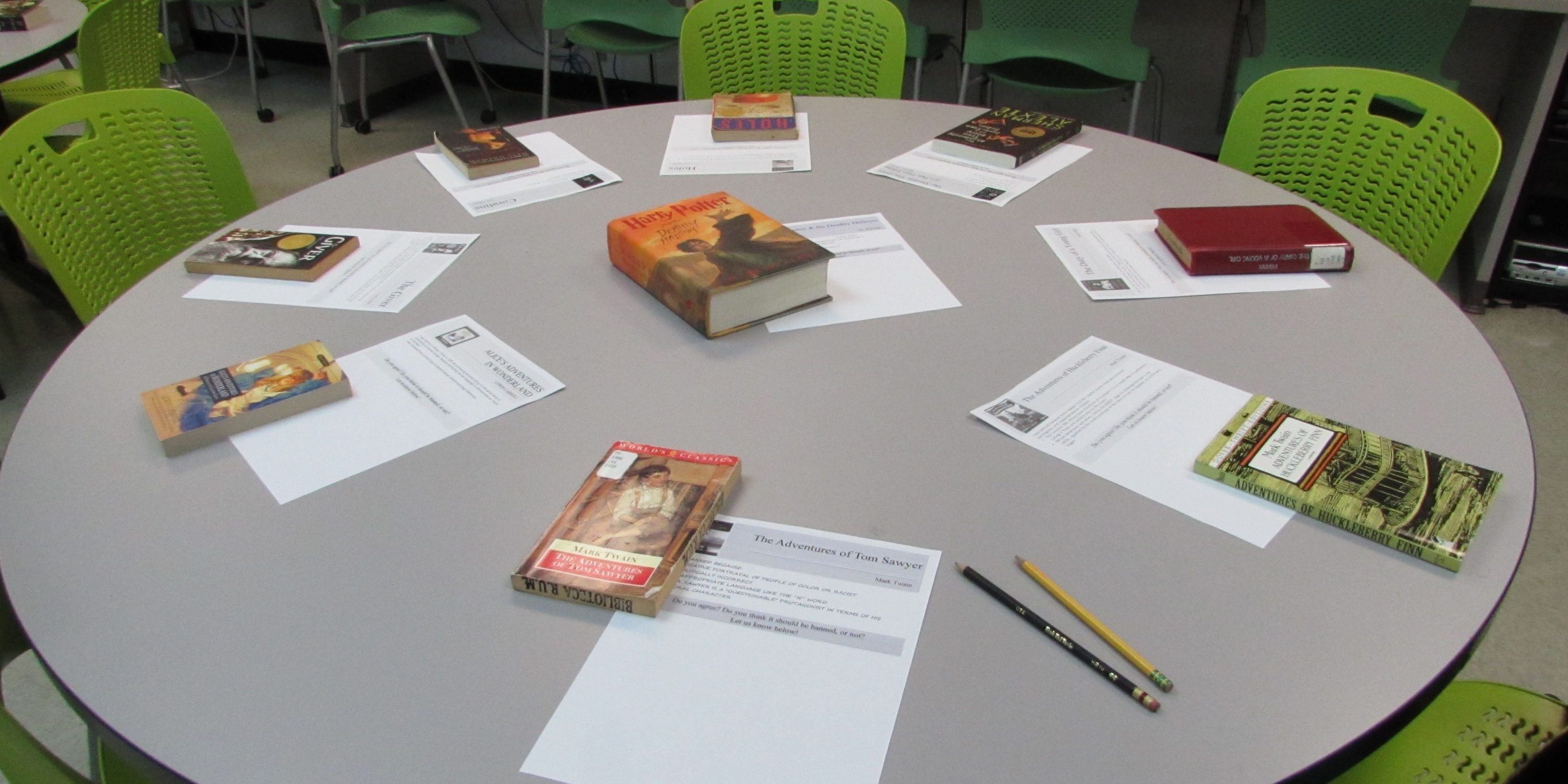 EDSA hosted their Banned Books Day in commemoration of Banned Books Week, an event that is celebrated worldwide.

Banned Books Week is an annual event celebrating the freedom to read. Held during the last week of September, it highlights the value of free and open access to information. Banned Books Week brings together the entire book community –- librarians, booksellers, publishers, journalists, teachers, and readers of all types –- in shared support of the freedom to seek and to express ideas, even those some consider unorthodox or unpopular. (http://www.bannedbooksweek.org/about)

The event was held in both CH-325 and CH-326. In CH-325, students had the chance to see hard copy examples of banned books that were collected by EDSA, arranged on tables in age categories (Children’s, Young Adult, and Adult) and could write down their own comments on the books, as well as discuss the books with others in a sort of impromptu book club. There was also featured artwork by TACU, all based on banned books.

After some readers mingling, two presentations were featured in CH-326: ‘’Introduction to Banned Books’’ and ‘’Banned Comics.’’ This was to further educate students on why exactly books are banned, show them the absurdity of the reasons why this is usually done, and to encourage them to be able to defend books that have been unfairly ‘’challenged’’ themselves.

Later on in the day at 6:00pm, the Banned Books commemoration was wrapped up with a workshop ‘’Exploring Children’s Banned Books’’ by Nanvan Vicente and Elenita Irizarry.

Finally, there was a Photo Booth where everyone could take their own personal ‘’mugshot’’ holding their favorite banned book. You can look for your mugshot here on the EDSA Facebook Page.