Catching up with Dr. Lamore 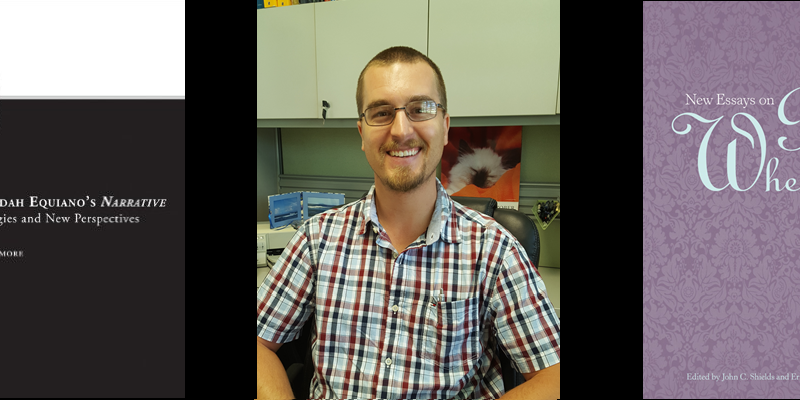 You may have seen him around campus these last few years, with a book in hand and willing to help students with their work. Dr. Eric D. Lamore has formed part of the English Department Faculty since 2008. He received his PhD from the Illinois State University, joined the UPRM, and hasn’t stopped to look back ever since. His students describe him as someone with a tremendous work ethic and a teaching style that is all his own.

Among his many talents, he is an experienced researcher, and specializes in Literature of the Early Black Atlantic, African American Literature, Early American Literature, Literary Criticism and Theory, the Teaching of Literature, and Life Writing. His previous publications as editor and co-editor, respectively include Teaching Olaudah Equiano’s Narrative: Pedagogical Strategies and New Perspectives (U of Tennessee P, 2012) and New Essays on Phillis Wheatley.

He is currently working on a publication called African American Autobiography: Twenty-First Century Contexts and Criticism as editor, and is close to publishing it through the University of Wisconsin Press. It should be out for the next Fall semester, so we have that to look forward to! The book looks into the most current critical methods scholars are using to read and study African slave narratives, and argues the point that researchers like Dr. Lamore need to go beyond slave narratives and engage graphic novels and 21st century individuals in order to better understand African-American cultures. The intersection of genetics and autobiography within the area is also proposed and considered an essential next step when wanting to discover more.

His work continues to inspire and influence Dr. Lamore in the classroom, where there are open discussions on various subject matters in his Advanced English I & II and American Literature to the 1860’s classes. There, he encourages students to bring forth their own interpretations of the studied texts and uses his experience to lead students to a better understanding.