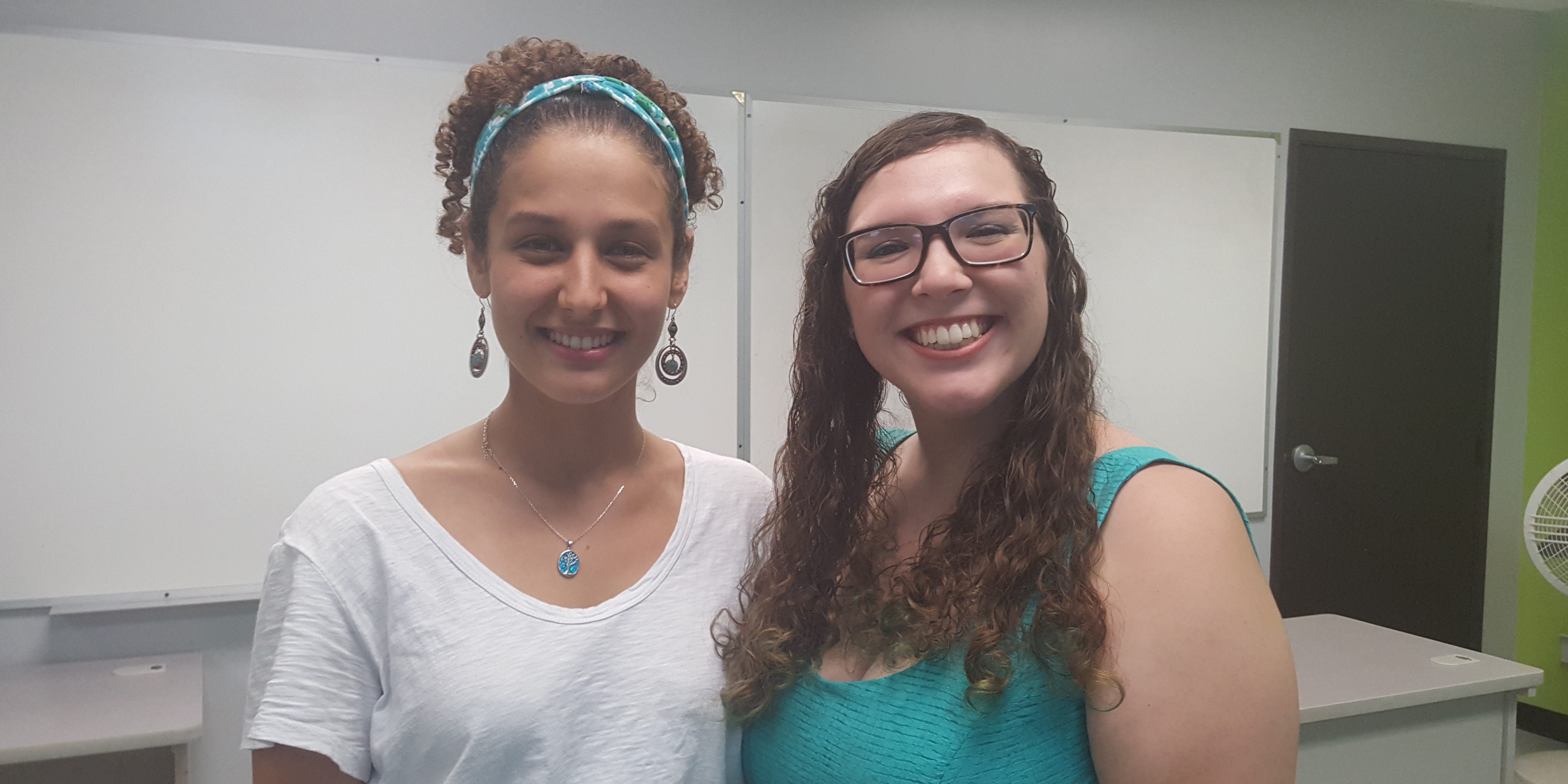 The English Department would like to offer its most sincere congratulations to this year’s Mellowes Award recipients: Demi Fuentes & Ana Portnoy! The competition was tough this year, with five candidates in the running, and even resulting in a tie for the award. Both winners were tremendously excited and proud to have been chosen as this year’s recipients, knowing full well how important the award really is.

Given only to the most distinguished English Majors, the search for a worthy candidate is taken upon by a committee comprised of several professors. They take careful note of the candidates’ GPA, number of withdrawals, overall grades, extracurricular activities, publications, and community service work, as well as any other noteworthy accomplishments that may add to or detract from their eligibility. The process is as objective as possible, and the final candidates are presented to the Department while staying completely anonymous. It isn’t until the announcement is made that they even know who will be awarded. The chosen few are ecstatic, and this year’s winners were no exception.

Upon receiving an e-mail declaring her the co-winner of the Mellowes award, Demi Fuentes’s first reaction was utter shock. She described the moment as one of complete disbelief, but if one were to simply glance at her resumé, the reasons why she was chosen become quite clear. As tutor, judge, and intern, Demi flourished in her studies at the English Department, and was always described as a hard worker, evidenced by her stunning 4.oo and her acceptance into The University of West Virginia as a Master’s student in Editing. There she will be working under the tutelage of Dr. Cheryl E. Ball, a world-class scholar in digital publishing who recently won a million dollar grant from the Mellowes Foundation, as a research assistant and will begin her Teaching Assistant workshops in August. The award comes as a source of great pride for Demi and her family, and as proof that all of her sacrifices and long nights studying have paid off. A better recipient for the award was difficult to find, leading the committee to choose a co-winner for the first time in a long time, Ana Portnoy.

Similarly to Demi, Ana Portnoy found herself “pretty speechless, and that’s a lot to say for an English major.”  She was “stunned, greatly honored, and proud to be receiving this award.” Ana’s work experience could be best described as broad, as she has delved into fields like photography, tutoring, journalism and poetry.   Portnoy was a tutor at UPRM’s prestigious English Writing Center, as well as a photographer for many UPRM events; she has been published in Sábanas Magazine, a printed literary magazine from the university.  She thrives on words, which explains her frequent appearances at Vox Populi, a space where artists and poets perform their work, and yet she mastered the act of balancing her art and academics, as she retained a 4.00 throughout her four years.  She is still debating her options over which university she will attend next, but her future plans are to pursue graduate studies either in Creative Writing or English (Literature), and continue pursuing her craft: creative writing, specifically poetry, creative-nonfiction and lyricism.

English Department Director Rosita Rivera expressed, “We are very proud of this year’s Mellowes Winners, Ana Portnoy and Demi Fuentes, and we wish them the best in their future endeavors.”