A Cup of Coffee with Dr. Rosa Roman 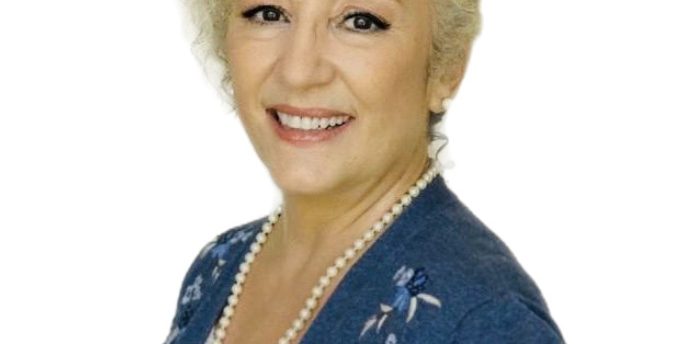 Dr. Rosa Roman is currently an associate professor at the UPRM’s English Department, she also works with the Teachers Preparation Program, advanced undergraduate students, and new graduate students enrolling  in the Masters Program (MAEE). She offers INGL 5010 (Perspectives on Teaching of English as a Second Language) to undergrads, a course taken in conjunction with the Methodology course, which is required for the Teachers Preparation Program. Also, Dr. Roman teaches INGL 6010 which is a requirement for the MAEE. The professor also councils students who are completing either their intensive examinations or theses.

The Methodology course she teaches, focuses on the rules, circular letters, and curriculum within the Department of Education of Puerto Rico. In addition, Dr. Roman supervises undergraduate students who are conducting their teaching practice within the public school system. As part of her supervisory role, she conducts a series of visits to the schools where students are evaluated and provided with advice on techniques they must learn or enhance in order to become better English teachers.

Her days are filled with joy and excitement, because everyday she gets a new opportunity to share her knowledge and experiences to help her students grow. She is very keen on helping students achieve their goals; a lover of the learning process. As I interviewed her, I could see her passion glistening from her eyes. Keeping a positive attitude is what helps her and her students thrive, because positivity is key in preparing Puerto Rico’s future teachers. “Teaching English as a Second Language is a tough job, because a lot of students lack the cultural knowledge on how the rest of the world works, which is why it is so beneficial to be skilled in English, so they can broaden their horizons,” she expressed. One of her main objectives is to prepare future teachers to fill the cultural gap existent within the student body. Filling the gap will ensure students learn the material presented to them at a more personal level, furthering their understanding and motivation to continue learning.

She is known as the professor who gives no answers, because she wants her students to become independent and self-sufficient learners. Some students become upset and frustrated because of this, but she aids them in getting passed those obstacles. In doing this, she not only helps her students grow as teachers and critical thinkers, but as people as well.

Being kind and giving something good to everyone who approaches her is just part of her personality, a part that inspires students to do the same. “If we learn to share and  care, a lot could change, and we would have a little bit more peace,” stated Dr. Roman.

One of the curious facts about Dr. Roman is that she did not plan to become an English teacher back when she was in high school. Like many of us, she didn’t have a good experience with her English teacher. She enrolled in the UPRM and majored in Business Administration, where after two years she began feeling frustrated because she wanted to take more English courses. As a result of this frustration, Dr. Roman dropped out of college. Later on she worked for a company, but because of lack of a degree she could not enjoy half of her work. Dr. Roman was helping a person who had a degree, yet knew little about the work. She realized how wrong this was, and decided to return to college and finish her degree.

Back in college, a professor attempted to persuade her to join the English Department, yet she declined, “I want to finish what I started,” she replied. After graduating with a B.A. in Business Administration, Dr. Roman began working as a secretary for the Biology Department. In 1990, she received news that employees could study at the university with all expenses paid. Her first thought was to continue Business Administration, yet she was convinced otherwise, “You are an educator at heart,” she was told. Motivated, she decided to pursue the Masters of Arts in English Education. Once she graduated, she continued working at the Biology Department, but a turn of events happened: Hurricane George swept the island. Many professors which were from the states felt the need to leave the island after this tragedy, which led to the need for new English professors within campus. Dr. Roman was assigned this job even though she already had a full time job at the Biology Department. She would  teach during late afternoon hours Mondays through Thursdays. After a few semesters, she was hired full time with the condition of pursuing her Ph.D. in English Education.

“If you go ahead and pursue what you are passionate about you can reach your goal.”