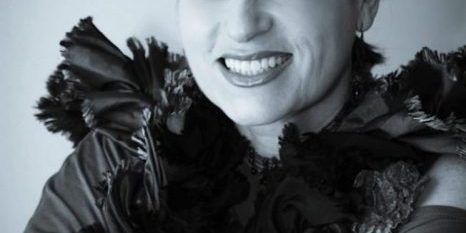 Writer and performing artist Linda Rodriguez was born in San Juan, Puerto Rico.  She obtained her in Ph.D at The University of Michigan-Ann Arbor, where she presented her dissertation titled: “Historical Narratives in the Caribbean: Women Giving Voice to History.” Her dissertation was only the start of her works featuring empowered females and Caribbean themes. Dr Rodriguez  has won numerous awards for her works including The Caribbean Writer’s David Hough Literary Prize. Her love for the Caribbean and her childhood in Puerto Rico served as an inspiration for many of the adventurous tales and poems she has written and published.

Her recent work includes the screenplay “Children of the Sea” which made it into the final top 26 out of 200 submitted screenplays for Hedgebrook Screenwriter’s Lab. The story is set in 1960’s where women begun being more active in leading their own lives and finding their path. This is the case of young 10 year old protagonist, Carina, who is close to nature and must overcome her fears through her journey where magical creatures, as well as humans, help her with various obstacles. Not only does the story feature strong women and magic but it is also filled with adventures in all the island including Old San Juan and the Caribbean Sea coast. Linda compares her mystical story to Guillermo del Toro’s Pan’s Labyrinth. She believes Toro’s best works falls under the category of magical realism that also motivates her own creations.

The inspiration for “Children of the Sea”comes from Linda’s own childhood with her father when they used to build wooden boats together. Even memories from her grandmothers working in their gardens contributed to the creation of this screenplay that Linda hopes will inspire her audience to follow their own path and do what fills them most with joy. Above all she hopes the audience will rute for young Carina and other women who stray from cultural norms like marriage or staying home forever. When asked how she feels about the fact that she is representing women writers Linda  described that she felt “ excited and empowered.” She explained how her wish is to become a member of the Woolf Pack, a group of women in Hollywood that focus on getting stories written by women produced for the big screen. Nevertheless, her work with “Children of the Sea” might have been difficult in having to submit about 20 pages to Hedgebrook Screenwriter’s Lab but it does not end there. Her ideal plan for the screenplay is for it to be produced into a high quality film that will inspire others to do the best they can.

Finally, Linda’s advice for young writers is to “keep writing. Keep reading. If you have an idea, keep researching it. Find out as much as you can about the time and location of your story. Then focus on developing a character or characters that can grab your audience’s attention by the throat and keep them hooked in.” She expresses how an author’s job should be to tell a good story filled with emotions that the audience can sympathize with. Also, application is very important when it comes to getting known for publication. Tools like workshops and classes help in practicing the writing process needed to perfect work and deal with deadlines. Some of the residencies  that Linda has worked with that aim to work with authors and their work are Hedgebrook, Atlantic Center for the Arts, and Sundance.  To give a closure, Linda leaves us with some beautiful words stating that “when people like your work as a writer and artist, you really do feel like you are flying among the stars.”