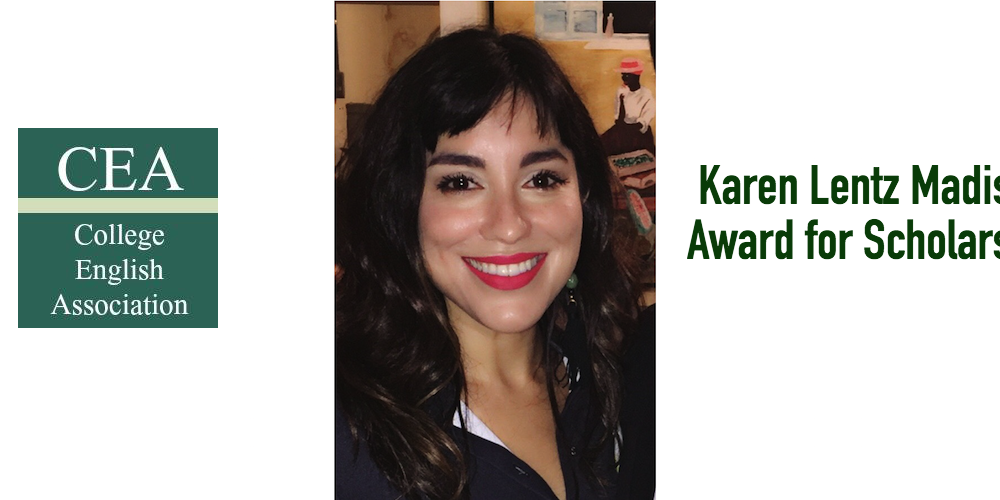 During this year’s 49th annual College English Association Conference, UPRM alumn and current adjunct faculty member, Dr. María C. Quintero, presented her paper “The Sands of Un-Certainty: Tidalectically Synthesizing Nature and Culture in Derek Walcott’s Omeros.” The theme of the CEA Conference was “Bridges” and hundreds of professionals and scholars from all around the academic English spectrum assisted and presented in the event. In a conversation with Dr. Quintero, she shared with us her personal and academic experiences, and explained why she became interested in participating in the event.

What called my attention was the theme, “Bridges.” I really enjoyed that idea of just coming together, uniting disciplines, seeing where disciplines can meet as opposed to where disciplines diverge. So I thought that was very refreshing and it’s why I thought I want to go to this conference. It’s kind of doing what academia should be fostering more, which is this multi-disciplinary or cross-disciplinary conversation between fields, within the field of English.

When asked about why she decided to do her research in Caribbean literature, she explained that, by chance she attended an informative event at the University, where she felt that, as a Caribbean woman she couldn’t “call [her]self a knowledgeable scholar in literature who doesn’t know literature from her own backyard.” She describes it as one of the best things she has done, and explains how writing about something that’s close to her gives a “sense of belonging.” She also shared some advice for the English department students: lose your fear, get out into the academic world, and be a part of the conversations, conferences, and anything that gives you the experiences you need.

I think that English majors should be aware of this, because I wasn’t. I was an English major in love with English and American literature, still am, still do, still respect it. But it was a kind of partial love, that once you learn about the literature that immediately surrounds you, and the relationship that literature has with the United States, with England, with Europe, with the world, then you really become a well-rounded person within literature. Once you put these in conversation with each other, then you get the full picture.

Out of the hundreds of panelists from all over the world presenting at the event, she was the only puertorrican representative. She was also the only member of the UPR system. The Karen Lentz Madison award for Scholarship is given to the adjunct faculty member whose paper makes the most significant contribution to the field of English. Winning the award in an international conference, among such an varied and large group of individuals, is a great achievement for the University and herself as a scholar.

To be made the winner of that is every academic’s dream, because that’s the point of academia: to contribute to the field to make it grow. Not only that but the fact that this was won by the University of Puerto Rico because it is who I stand for and represent, and so the honor and excitement and the tears came to my eyes when I got the notification. And with everything that’s happening now, and what eventually might happen to the system, we need stuff like this to kind of boost our morale; to make us remember that we’re still here and we’re good and we measure up to people from across the world.

She went on to express the importance of remembering the immense capabilities of our University, although the day to day struggle and uncertainty might make the community unsure of their achievements. She said we should never think less of ourselves and use the inspiration to get ourselves out there and prove we can do it.