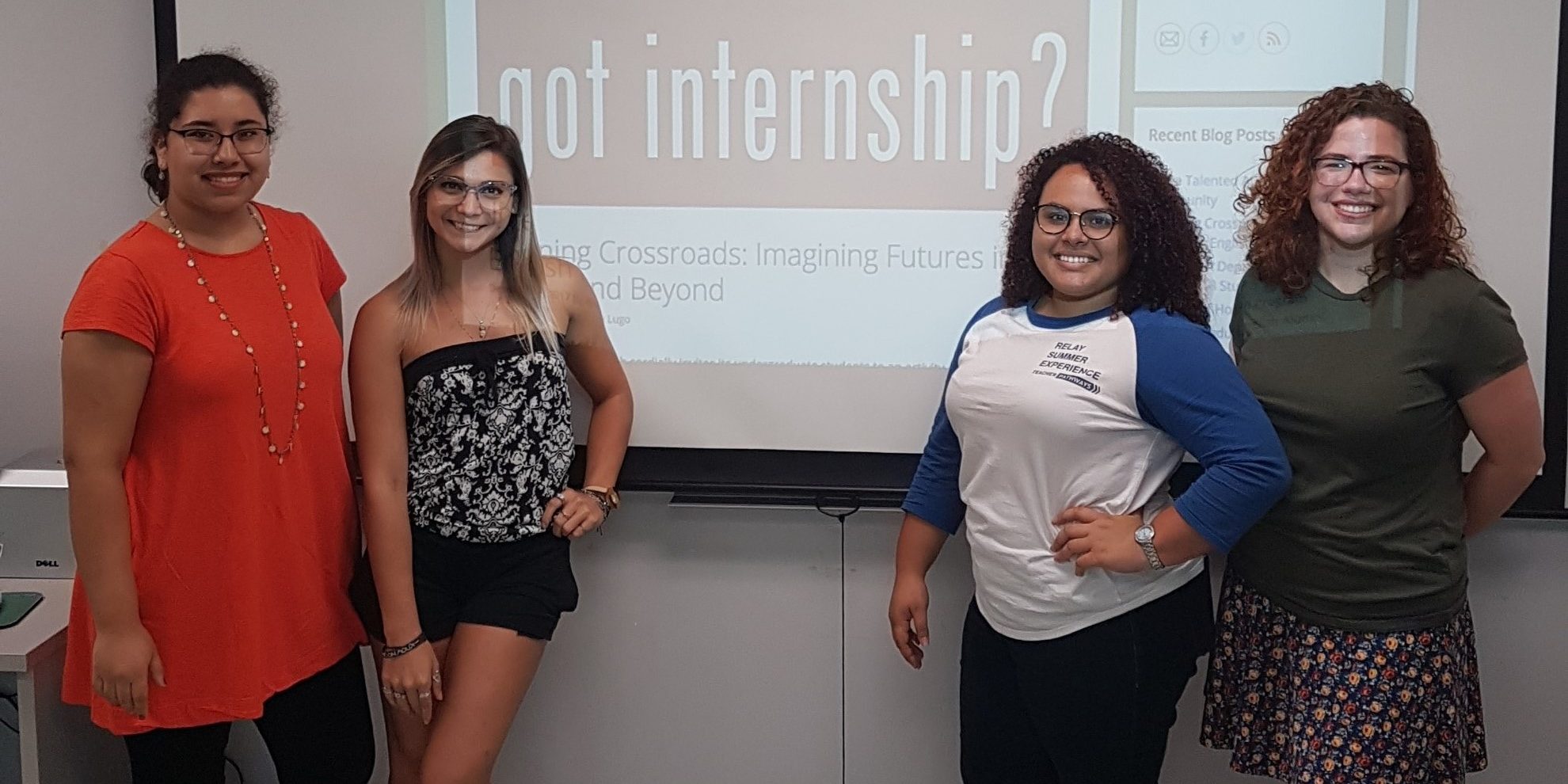 Last week a very special event took place. The English Department hosted “Interning Crossroads: Imagining Futures in English and Beyond,” an informative presentation about Internships for the English Undergraduates, from the perspective of four undergrads who embarked on internships last Summer or last semester: Ana Romanach, Amanda Ciani, Andrea Valdés and Keysalis Fermín.

Keysalis Fermín recalled how she worked as an intern at the Phillis Wheatley School in Louisiana, as part of the Relay program of the Graduate School of Education (GSE). Her job consisted on preparing fifth-grade students for sixth grade which was part of the program’s purpose to turn low-performance schools into high-performance ones. Keysalis explained how the whole experience “was lit” and how it helped her visualize “the teacher [she] wants to be.” After explaining the easy process of applying she pointed out the proposal for class she had to compose in which she incorporated the dance culture from Puerto Rico into the classroom. However she offered sweet advice to those interested or unsure:

“Do not underestimate yourself, dedicate time to getting things done and get over your doubts; just tackle it, because your future is brighter after your fears.”

After all, Keysalis got offered a steady job and got invited to the Relay GSE 2018 Residency Program in Houston Texas, as a resident teacher and graduate student. For more information on the internship, contact Keysalis at keysalis.fermin@upr.edu.

Andrea Valdés presented her experience in the Córdova and Fernós Internship in Washington D.C. She worked for Rep. Darren Soto (FL) along with three other UPRM students stationed with other representatives or in senate. She explained how every intern has a different job and works in different offices but either way, “you get to see DC in all its glory.” Andrea recalled the stressful interview process where she was flooded by insecurity but made it through and how one day in Marshalls she received an email accepting someone called “Minerva.” Turns out, there was a mix-up and this Minerva person received Andrea’s email but she got accepted! She described the electric environment where representatives were constantly on the move talking about new laws, or fixing some laws and how CNN and Fox constantly echoed throughout the building. Andrea also recalled how her opinion was valued and she got to “witness history,” not only because of the laws but because during the time, the change of presidency was ongoing. She strongly advised everyone to get a LinkedIn profile, to be memorable and stay true to your beliefs. For information or help with this internship, Andrea can be contacted via andrea.valdes@upr.edu.

Lastly, Amanda Ciani and Ana Romanach stood up to talk about their internship experience which was the same one. It was the REU Research Experience for Undergraduates of the National Science Foundation (NSF). Out of 257 applicants they were among the 10 that were chosen. Not only were they working on an outreach research for Linguistics, but they also took several classes in Psychology and Linguistics. This is where they discovered how much they had learned from their UPRM classes and were thrilled upon this discovery of their intelligence. Part of the internship was assisting to the Linguistic Society of America Conference in Kentucky and presenting their work and show how outreach works. Since there aren’t many Linguistics Outreach programs, they were quickly invited to work on it in Austin this February and Washington on April. For help on this, you can contact Ana through ana.romanach@upr.edu and Amanda through amanda.ciani@upr.edu.

Upon these challenging times, the panel explained how these internships don’t require having taken (and passed) certain classes. They pointed to the English Writing Center where Keysalis and Andrea work and how they can be of help with Cover Letters and Resumes. Failing a class or having an Incomplete is okay; recruiters understand but as they explained, one should not just give excuses; but simply explain.

Here’s a little gallery of photos from the event taken by Dr. Mary Sefranek. 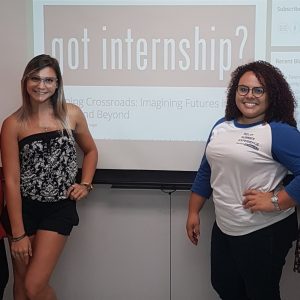 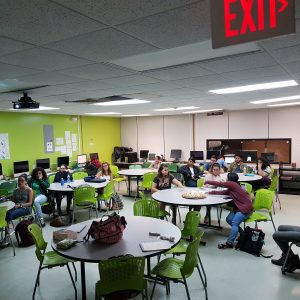 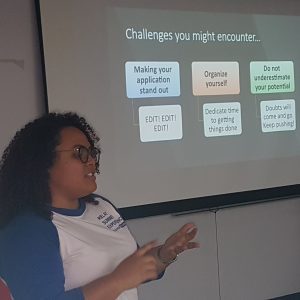 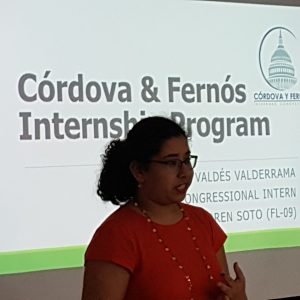 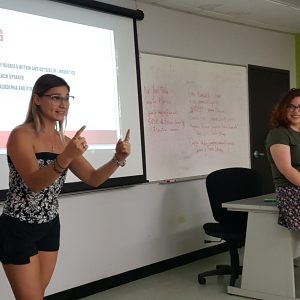 Amanda’s application was this big. 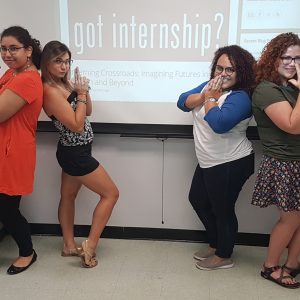