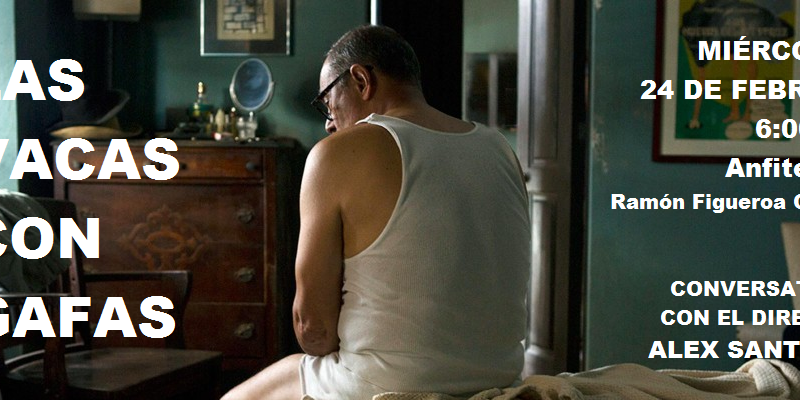 UPRM’s film association, Cinémathèque, teamed up with ALE (Asociación de Lenguas Extranjeras), The Foreign Languages Association, to present a viewing of the Puerto Rican film, “Las vacas con gafas”.  This local viewing featured the film’s director, producer, and writer Alex Santiago.  Following the film, an engaging dialogue about the film-creation process, the reactions from the audience, and the importance of translation in Puerto Rico took place.

The Figueroa Chapel amphitheater reached its maximum seating capacity; it was packed with film enthusiasts, professors and intrigued students who were excited to watch a local film that garnered international awards and attention in various film festivals. 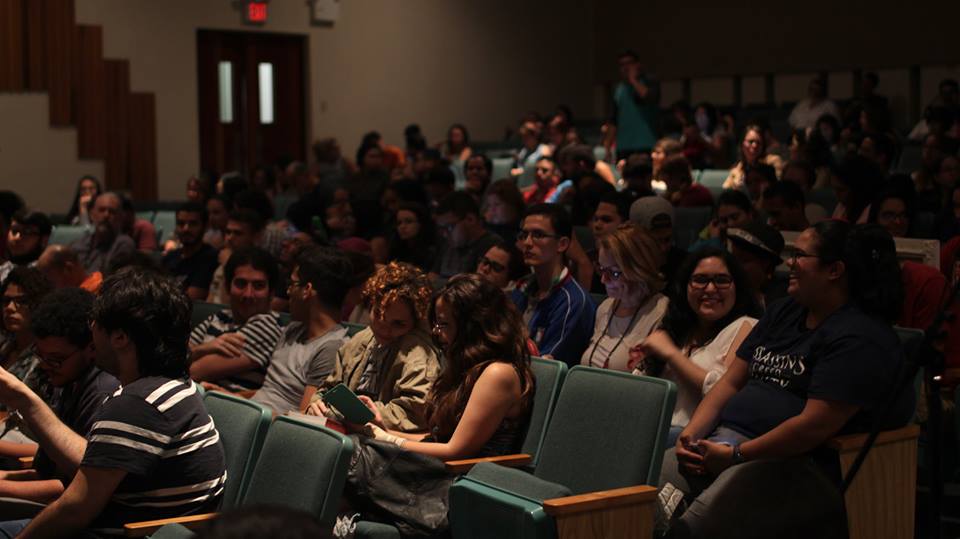 Before the film credits rolled, professors Stephen Pillet and Roberta Orlandini spoke about their involvement in the French and Italian subtitling of this film, respectively. Seven of Pillet’s students had assisted him in the French subtitling for this film.  Thanks to this subtitling, the film premiered in the Festival Recontres du Cinéma Sud-Américain at Marseille, among other film festivals. Dr. Roberta Orlandini, the Italian professor who also worked on subtitling the film in Italian with her students, commented that “Subtitles for Puerto Rican cinema are a good option for bilingual people.”

Dr. Orlandini remarked that “our experience with students and translations was enriching; they [my students] translated portions of film at their houses, and created many dialogues in the classroom about the process.  They asked me ‘what is the real meaning behind what the character said, so that we can translate more efficiently?’” 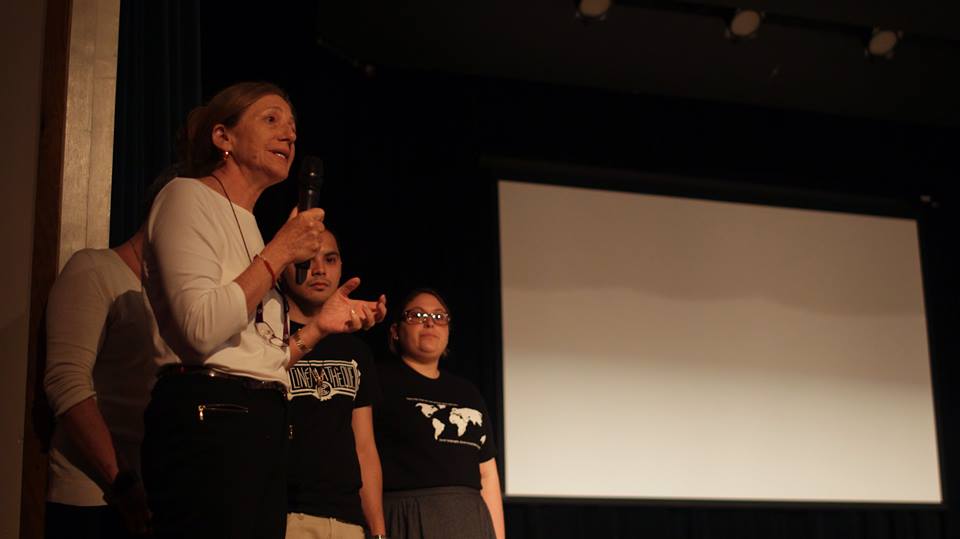 Dr. Orlandini and Film professor Dr. Mary Leonard emphasized how important film and translation are for Puerto Rico, because of how it “constructs bridges from country to country.”  Surprisingly, they also mentioned that most Puerto Rican literature has not been translated in other languages.  This particular fact reveals how crucial translation is as a connecting tool between cultures, nations and ethnicities.  The lack of translation for Puerto Rican film and literature exposes gaps that need to be filled in order to share the local talent Puerto Rican artists, filmmakers and writers have to offer.  The more common translations become, the more accessible stories will be to broader audiences across the globe, which matters because language has the potential of serving as a unifier between people, rather than as a wall between speakers and non-speakers when translation is factored into the equation.

“Las vacas con gafas” could best be described as a film about an aging artist, Marcelino Sariego, who is grappling with losing his eyesight as well as trying to make amends with his estranged daughter, whom he had abandoned as a child.  The director, Alex Santiago, commented that this film best fits under the category of a “cool, boring film”, as it is slow-paced, and in his opinion “a film for the grand minority.”  He acknowledged during the discussion that followed the film that he never anticipated the film’s extremely successful turnout; this is his first feature film and he had little to no experience in film prior to this. 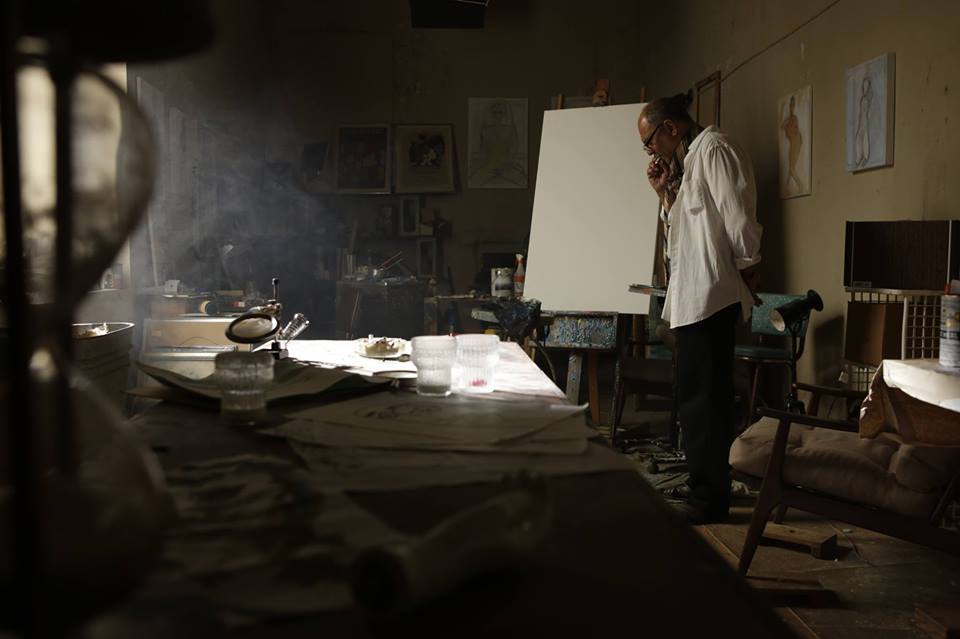 After the film, the dialogue between director and students spawned questions and comments about the ambiguity of the film’s ending, the title of the film, and more about the filmmaking process. 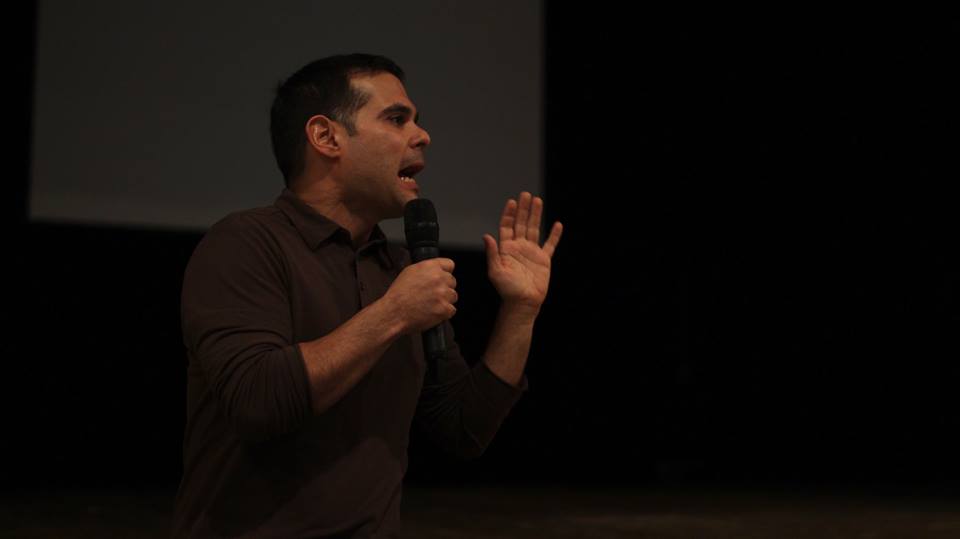 The event was a resounding success.  Many students and professors lauded Santiago on his film.  After the thought-provoking dialogues on subtitling, one also left the amphitheater impacted with the knowledge of how much ground there is yet to be covered in translating Puerto Rican literature and film into other languages.