A Colegio alumna from the Department of English’s Bachelor’s in Literature and Master’s in English Education programs, María del Carmen Quintero Aguiló holds a PhD in the Languages, Literatures and Cultures of the Caribbean from the University of Puerto Rico, Río Piedras campus. Her area of specialization is Caribbean poetry with an emphasis on the works of Derek Walcott and Kamau Brathwaite from a postcolonial ecocritical perspective.

María has presented in various international conferences and her work has appeared in various books from the University of the Netherlands Antilles Press in conjunction with the University of the West Indies, as well as Purdue University. She has also contributed book reviews on poetry collections to the Caribbean Studies Journal, along with other essays on Caribbean Women’s Writing. In addition, she recently published the proceedings of an international graduate student conference she organized – “Caribbean Without Borders: Beyond the Can[n]on’s Range” – with Cambridge Scholars Press. She is soon to present a paper during the upcoming Caribbean English Association (CEA) conference titled “The Sands of Un-Certainty: Tidalectically Synthesizing Nature and Culture in Derek Walcott’s Omeros.” She is also scheduled to present at the National African American Association’s (NAAAS) conference that will take place at the University of KwaZulu-Natal in Durban, South Africa where she will share some of the research she conducted for her doctoral dissertation, Endlessly Making the Nation: Tidalectically Synthesizing Nature and Culture in Derek Walcott’s Omeros.

She is currently an Adjunct Assistant Professor at the University of Puerto Rico’s Río Piedras campus, where she teaches Contemporary Issues in Caribbean Development, and at our own campus where she presently instructs Advanced English courses. At Río Piedras, she also serves as the chair of various undergraduate and graduate student theses in the burgeoning field of video games studies and post colonialism. As a former GTA in our Department, she taught both Basic and Intermediate English, then, after graduating, taught Technical and Creative Writing courses as well.

She owes her wide-ranging, eleven-year teaching experience to Colegio’s graduate student assistantship program and la UPI’s PPDU (Proyecto Piloto en la Docencia Universitaria) scholarship, which she won by merit in 2011. She lives in Mayagüez in a wooden house surrounded by trees with her husband and four furry rescues. 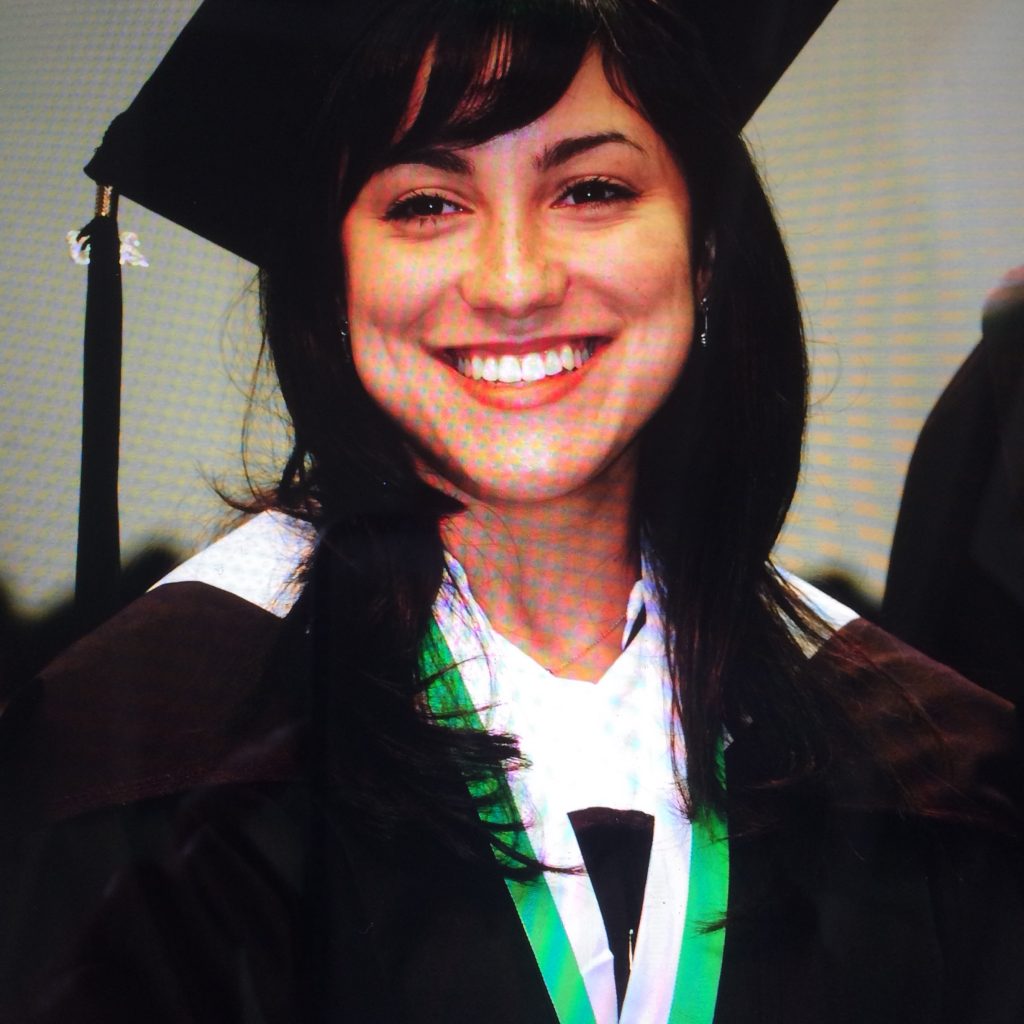 I graduated from the BA back in 2006. I really finished in December 2005, so by this time I was already a GTA. 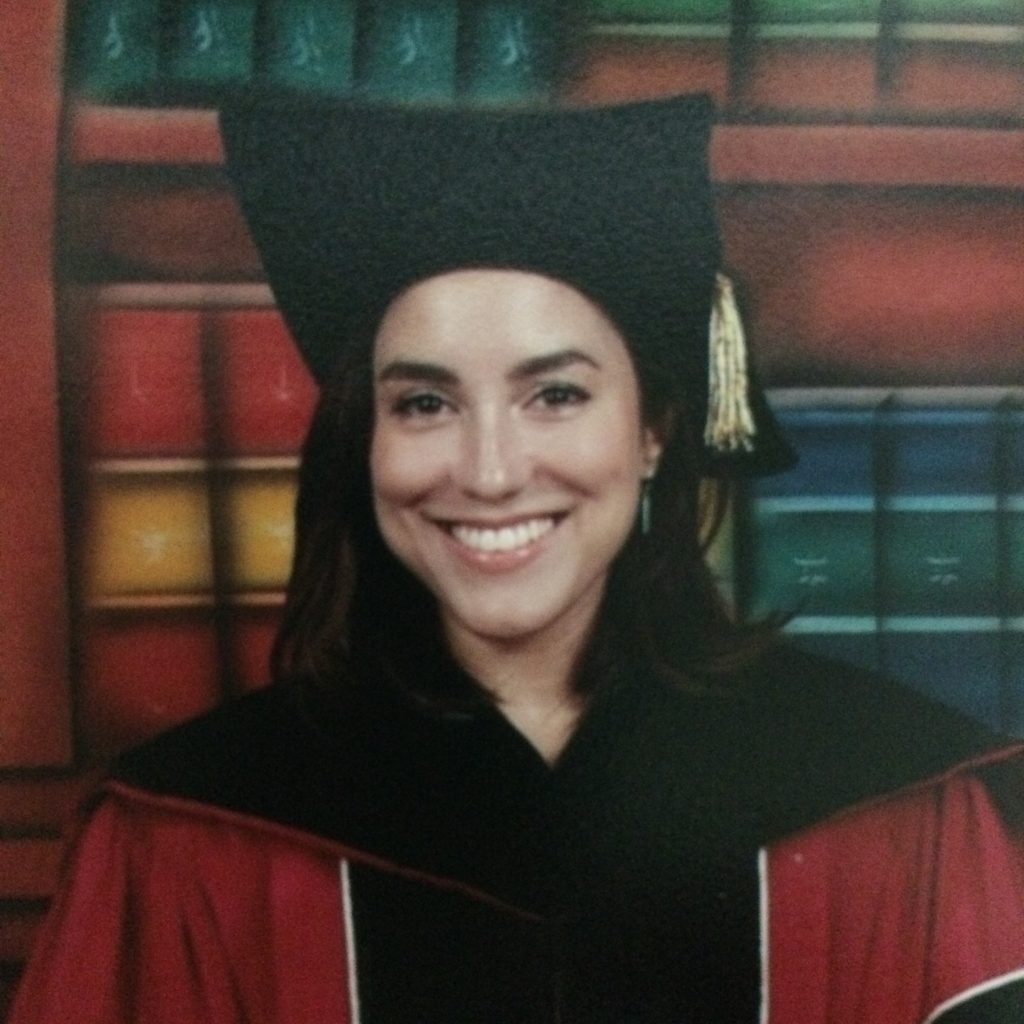 When I graduated from la UPI last June (PhD) 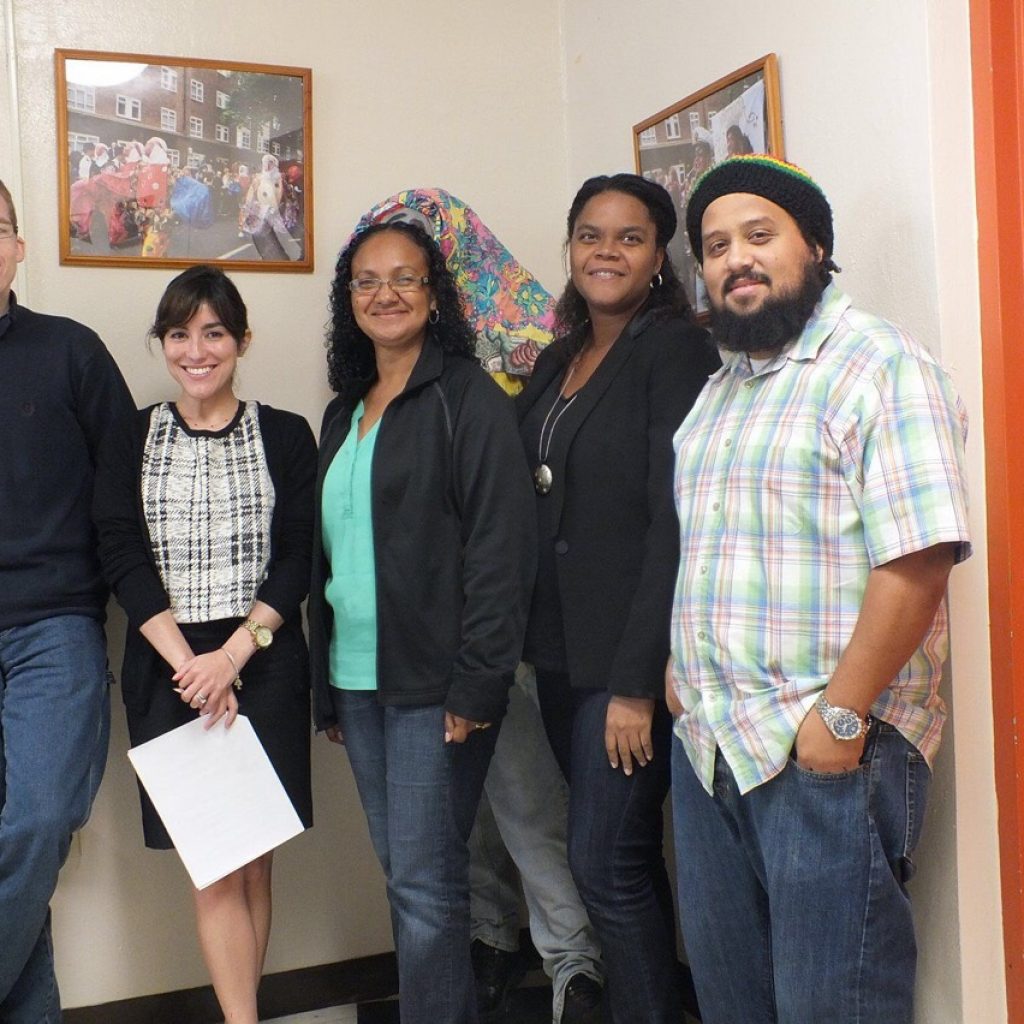 This is the organizing committee of the international graduate student conference called “Caribbean Without Borders” in March 2014. 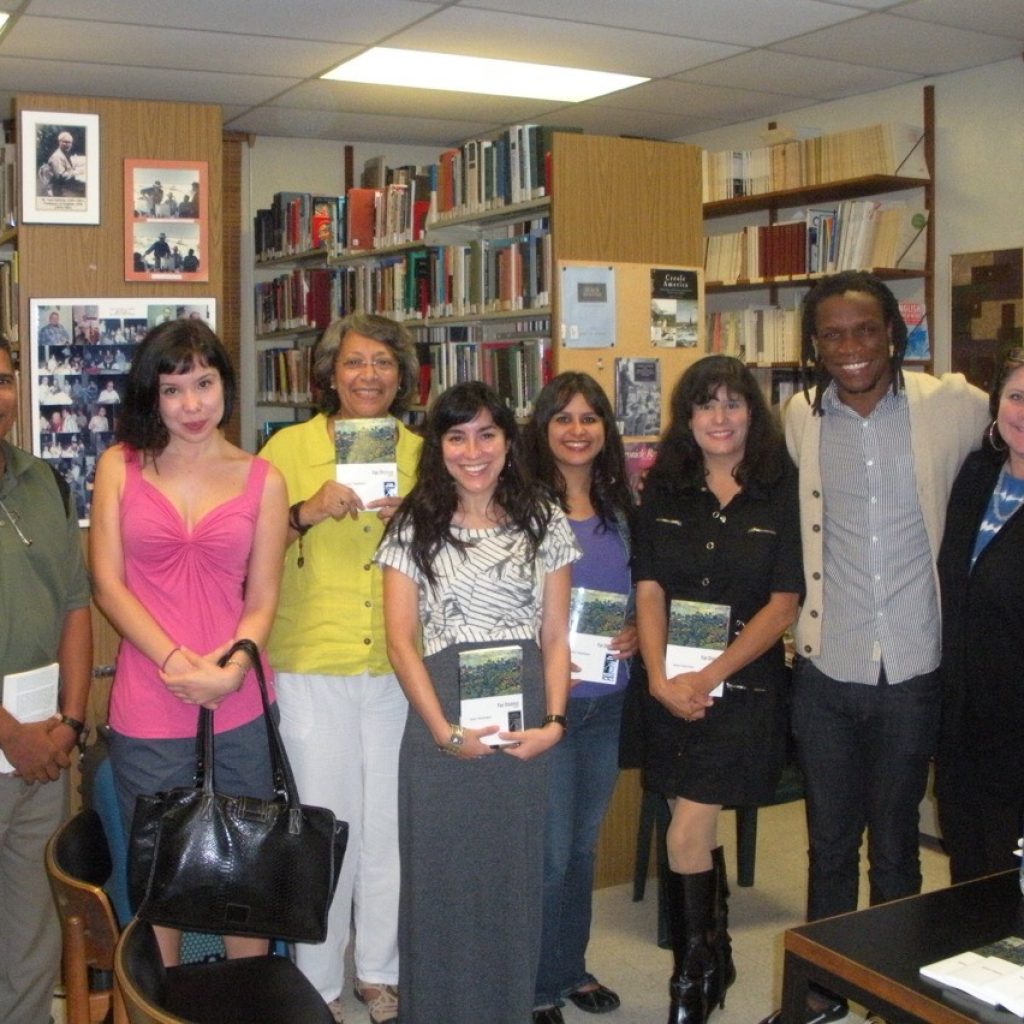 Here I am with my peers during a visit from Jamaican poet Ishion Hutchinson and also published poet, Dr. Loretta Collinster