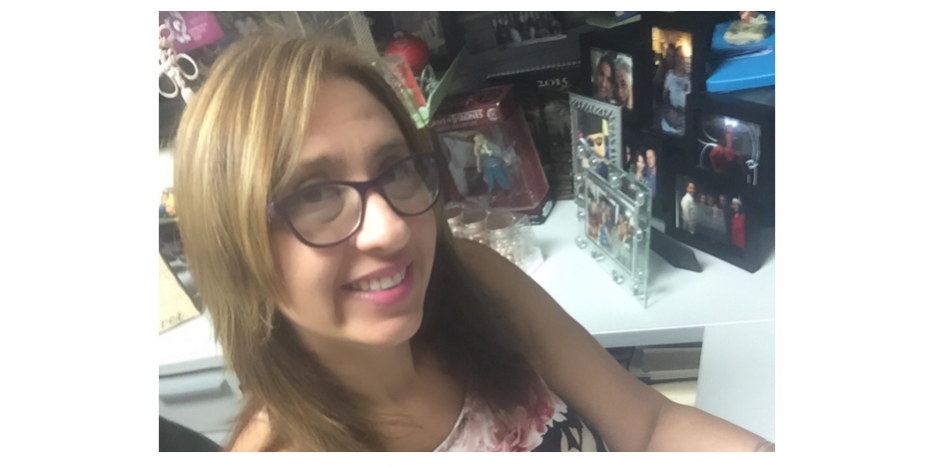 We sat down with Professor Nancy Vanessa Vicente, Site Director of the MayaWest Writing Project to find out more about the $15,000 grant she received for it, and how it would benefit the project.

Vicente explained how the project has been around since 2007, and they are now entering their tenth-year anniversary. The MayaWest Writing Project is affiliated with the National Writing Project. It is the only site in Puerto Rico and the only truly bilingual site of the organization. Vicente describes it as a project for teachers and how they “coach teachers to incorporate writing in their classroom.” Vicente recalled how Ellen Pratt got the ball rolling on that first grant in 2007 and passed the torch to Vicente in 2013, who has been running the project ever since.

“Every year we renew the grant and get funding from the National Writing Project. Last year, there was no money available so we had to wait an entire year. We haven’t had a Summer Institute for two years now, because of the funding and the strike. We concentrated on the camps, so the project has been dormant. So, when they contacted me asking if I applied for the new grant. I was “Oh there’s money available? Really?” They said “yes, fifteen thousand dollars.” So, through the strike I worked on it, submitted it and we got the grant.”

“This Saturday we have a writing retreat with all the teacher consultants, or TC’s, the ones we “graduate” from the Project. We’re getting together because we want to publish a book commemorating our ten years and showing how we nurture our TC and their teaching projects.”

Now that they received funding again, they will be running the Summer Institute and next semester they’ll have the Open Institute as well as the Conference in late April. Here they will be recruiting new teachers to participate, “new people, new blood,” as Vicente says. The Open Institute will grant them an opportunity for people to see what the project does, “because the heart of the project is the summer.”

That’s when you nurture the teachers. Some TA’s take the Summer institute because it counts as a class and they get credit they can use to graduate from their Master’s. We recruit during the year. We tell our TC’s to “identify people in your school who you think are a good fit for the project.” They bring them to the conference, we greet them and make them fill an application and that’s how we get them.

This is a project of transformation, and love, and we’re constantly adapting to really restraining conditions. Between the strike and Maria this year, the Project was almost buried, in a way. Like, how am I going to redesign this? The only way is to go out and publish, write articles or a book to commemorate the ten years and show people what we have done in ten years to show that we’re here because there are people who don’t even know about us.

Vicente continued explaining the main pillars of the Project which includes going to schools for “In-service.” According to the model in the US, they are supposed to make partnerships to give trainings for personal development to all the teachers at the school. But they have only been able to do that with WALKS. Even though they have gone to schools all over the island to give professional development workshops.

What we do is big. We transform lives. We impact secondary school students and their teachers.

I want to get something out – The book, our legacy.

Currently they are working on their newest Newsletter “Scribe” which will come out to the public soon. Stay tuned for more enriching activities from MayaWest Writing Project, and if you are a secondary school teacher learn how you can incorporate writing into anything! Take a chance to change lives.