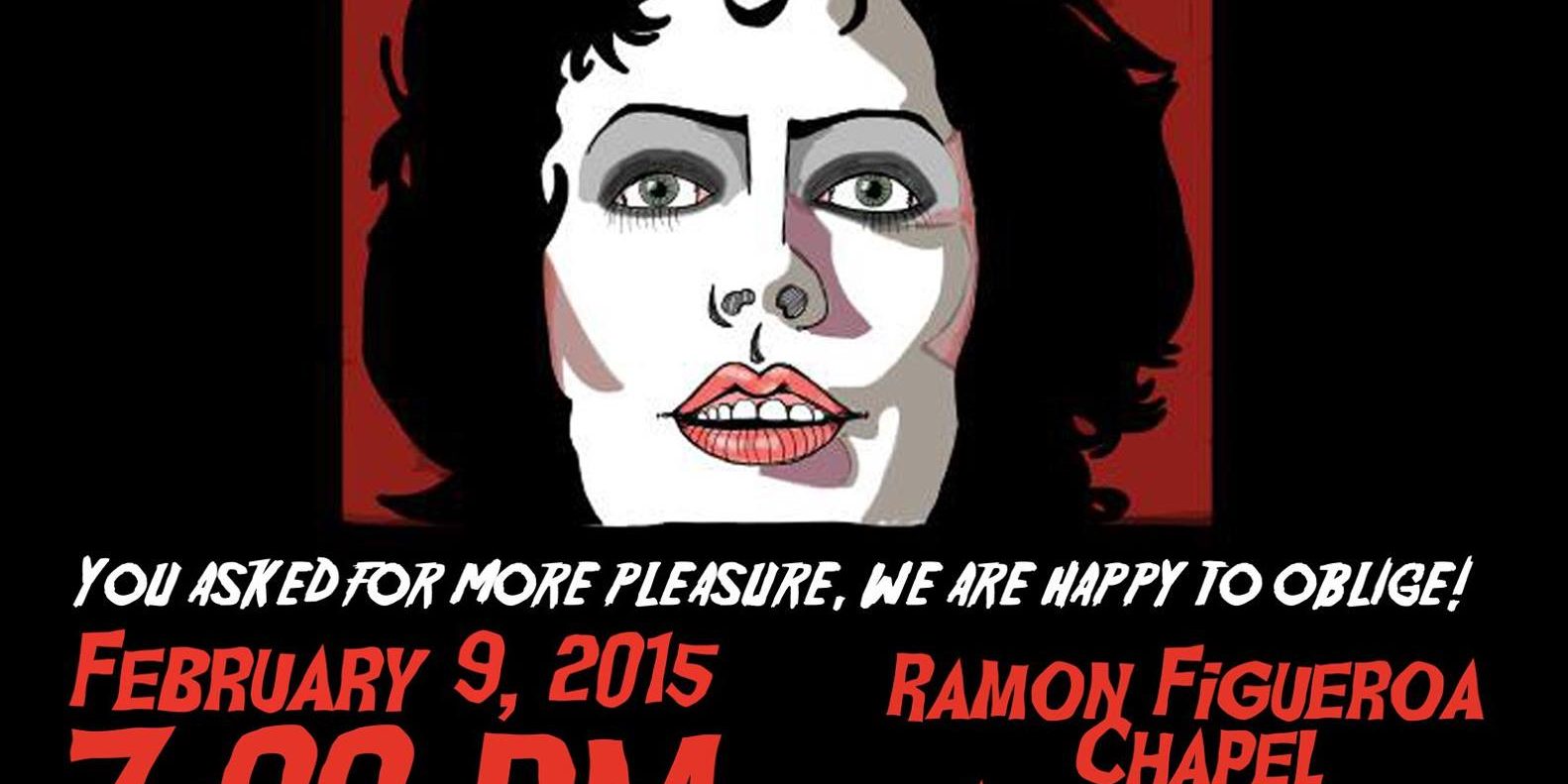 The Rocky Horror Picture Show LIVE encore will be on Monday, February 9, at 7:00pm in the Ramon Figueroa Chapel amphitheater.

Due to the first show being a full house, leaving out half of the people in line to see it, a second show was highly requested. EDSA, TeatRUM, and Cinémathèque have collaborated once again to bring the show back for those who unfortunately had to miss it, since it has been regularly requested after the first show in October.

Directed by Ángel Perez Calzada and co-directed by Ashley Carrero Rodriguez, starring Fernando Rivera as Brad, Dalina Aimee Perdomo as Janet, Irmary Rodriguez as Magenta, Carlos Santaella as Riff Raff, Keishly Hernandez as Columbia, Joshua Rivera as Eddie, and Gabriel Acevedo as the beloved Frank-N-Furter, this show is sure to make you give yourself over to absolute pleasure.

It is also highly recommended you get there as early as possible, as the doors will open at 6:00pm.

Let’s do the Time Warp AGAIN!