World View Through Life Writing of The World 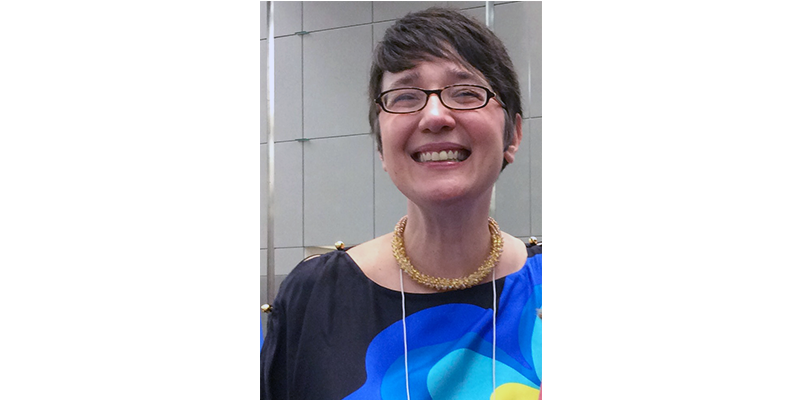 If you have ever pondered the cultural similarities and differences in autobiographical writings of different countries around the world then you are not alone. Dr. Ricia Chansky has been a professor of the University of Puerto Rico at Mayagüez (UPRM) for nine years. Her curiosity about autobiographical narratives and life writing is what led to her involvement in the scholarly journal a/b: Auto/Biography Studies as an apprentice editor (2011) and as editor since 2012. This has led to the recent publication of the book Auto/Biography across the Americas: Transnational Themes in Life Writing.

This particular publication hits close to home, as some students from our very own department of English (Keysalis Joan Fermín Pacheco, Stephanie Rivera Paniagua, Kenneth Cotto Román, Keyla González Díaz, Nelson Carmenatty Santiago, Paul Brayan Cordero Villarrubia, Fernando Correa) participated in a connected project: the recordings of Afro-American hymns as a supplement to an essay recently published in a/b: Auto/Biography Studies, “’Make a Black Life, and Bid it Sing’: Sacred Songs in The Life, History, and Unparalleled Sufferings of John Jea” by John Saillant (31.1). The recordings are published on the journal’s Routledge website.

In our interview with Dr. Chansky, she explains how being part of this journal has helped her not only professionally but personally as well. When asked about the purpose of the journal, Chansky’s explained that: “One of the things that I like about doing this is that autobiography is the study of all aspects of our identity and this journal is a meeting place for traditional literary autobiography, which is typically written autobiography and biography, and more interdisciplinary and multigenred forms of representing identity. As well as the meeting place between traditional literary constructs of reading and understanding the self and more contemporary ideas of social media. For example, how is Facebook an autobiography? How is Tinder an autobiography? How are documentary films autobiographies? How is music an autobiography?” She remarked on how this international journal is focused on having the ability to understand what people around the world are thinking.

Dr. Chansky also explains how it is important to understand the similarities and differences of views on education around the world. Her particular interest focuses on autobiography and the distinct role it plays in education around the world. “I currently have an ongoing research group in Brazil and I am continually astounded by the way in which that group is using autobiography with education.” The UPRM professor explains, “Brazil is taking big steps in self-reflexive training and self-reflexive pedagogy.” Dr. Chansky tells us how they’re working in in hospitals with children on biographical methodologies and are building new national curricula in Brazil based upon biographical methodology which we find to be just incredibly fascinating. This is so interesting because we are able to broaden our point of view regarding our own education here in the island.

Many of us share concerns about the global crisis we are living through and how strongly it is affecting our education, our students, and consequently our future. Our world is in a place “where we are rejecting refugees, we’re having a resurgence of racism, we are having a resurgence of sexism, and I think our identities are unstable and so we are seeing different people as threats and that is uncalled for. I think that the reason that we see other people as threats is because we don’t understand ourselves,” expressed sadly Dr. Chansky. This leads to conversations based on the false premise that our identities are “in danger” or even “challenged to change.” Dr. Chansky reaffirms that our identities are in constant change and some people find that hard to understand. Identities are not under threat just because of people in search for something most of us are privileged to have, such as a safe home and place where one can choose to live, rather than being faced with the constant struggle of survival. “That’s something we need to devote a lot more time to thinking about. And so I feel like, I feel like this is scholarly work, pedagogical work, but then it’s also something that helps communities and helps individual people who are struggling,” Dr. Chansky expressed.

In Chansky’s new book she had the opportunity of founding a hemispheric research group that included members from all of the countries in the Western Hemisphere. As she explains, it began in 2013, when “I founded this group and we started discussing, kind of organically, what are we interested in from our different perspectives. And what I wanted to know, what did the scholars in Argentina, and in Brazil, and in Puerto Rico, and in Curacao, and in the US, and in Mexico, and in Canada think about. Were there any connections to what we were thinking about in terms of identity?” She continued explaining on how we have a tradition of separating Latin America from North America and then to separate the Caribbean or to put the Caribbean in different spaces. This led her to wonder what other people thought about such divisions and whether or not others worried about the affect it had on a cultural and pedagogical level. It seemed to Dr. Chansky there was a lot of work being done to make divisions as opposed to making connections, and what she learned from this meeting and from the three years she had been working with this research group was that the Caribbean and the Americas have a lot of similarities but we don’t name them in the same ways. What seemed to be happening was that all of the spaces in America were colonial or postcolonial spaces but the ways in which the people defined and contemplated colonialism where different.

Other scholars such as Sandra Puchet Paquet, Juan Flores, and Jorge Duany talk about the relevance of movement and migration in the Caribbean culture which became a point of interest for Dr. Chansky. With that she began developing the idea of people whose lives were shaped by movement, and who are also shaped by belonging and need to belong but who do not have a stable foundation because when your foundation is built upon movement then you don’t have a stable sense of identity. And so you have almost a hyperized need to affiliate or need to belong.

Having become more familiar with the important work she had accomplished, I wanted to know how it felt like to accomplish so much and being able to work on something she was so passionate about. “I think that when everything is working the way it’s supposed to work in scholarship we’re teacher-scholars, and so when everything is kind of aligned, our classrooms and our students are stocked by, and benefit from our research, and the conversations we have in our classrooms we bring back to our research. And so what I’m really excited about is that my participation in my international scholarly community is my research, is my teaching, are my students,” she answered. Dr. Chansky is also working on a book thanks to a minority literature class she is offering this semester. The book is titled The Untied States, which is not only a play on words but also because of how the United States is in an untied state. The book explores how we have this false American dream that leads to this notion of a master narrative that there are only certain people who succeed. The book also tackles the whole class vote unraveling, this single national identity, and an unraveling of this single national identity. She also hopes to give a presentation to the scholarly community of her peers on the unraveling of this national identity. Dr. Chansky explains how her students help her think out more ideas about how this book, presentations, and research are to be developed. Dr. Chansky expressed all of this with humble gratitude and amazement that one can even see the spark in her eyes when talking about this project.

All the success and challenges this book has brought is certainly an experience Dr. Chansky is enjoying and learning from every day. She is a professor who learns from her own students more and more each day, she is passionate about her work and what it’s bringing to this college community and the world. Dr. Chansky is creating a road that many of us, and future scholars, will definitely follow.