And the Mellowes Award Goes to… Carlos Santaella and Claudia Irizarry! 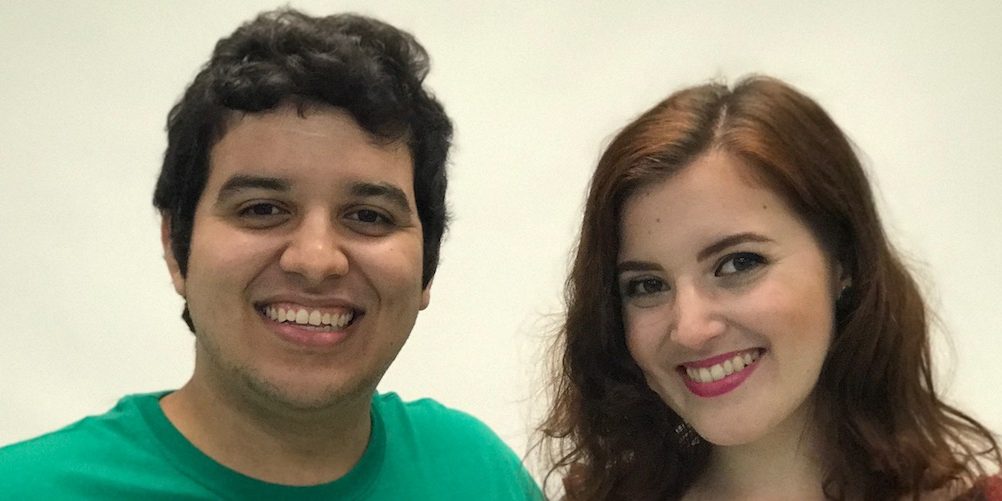 Every year, the English Department honors its most distinguished students with the Mellowes Award. The students awarded are selected by a committee of several professors, who take into consideration the candidates’ GPA, number of withdrawals, extracurricular activities, and any other exceptional accomplishments.

This year’s winners were no exception. Without much further ado, the English Department would like to congratulate its two winners, Carlos Santaella and Claudia Irizarry!

Both Claudia and Carlos, felt very excited and shocked when they found out they were this year’s Mellowes Award Winners. Claudia received the news via email, and she is “very excited and very grateful.” She mentioned that now with the semester coming to an end, she feels the news are finally sinking in. Carlos on the other hand, was working on an article for the English Department blog about the history of the Mellowes Award when he found out. When at a meeting with Dr. Mary Sefranek about the Award, she handed him the list of this year’s winners, and to his surprise he was on this list along with Claudia. Both students are hard workers and very passionate about their academic careers.

With big plans for the future, Claudia has a very impressive resume. Some of her most notable achievements are, the time she spent as a tutor on the English Writing Center for several years, and her work as Editor-In-Chief for Her Campus this past year. Claudia was also able to intern at Univision in Washington DC through the Córdova & Fernós Internship Program. She has been accepted at the City University of New York in the Spanish-Language Journalism Program, under the tutelage of award-winning journalist, author, and teacher, Graciela Mochkofsky. Claudia shared she is very excited to live in New York and study under the tutelage of this distinguished journalist.

Carlos, who was accepted at Florida Atlantic University in Boca Raton, Florida, with a full-ride scholarship and a Graduate Teaching Assistantship, also has quite the exceptional resume. Even though he is pursuing an MA in English Literature, he is very passionate about film with a certificate in Film Studies to prove it. He also worked as the Assistant Coordinator at the Graduate Research and Innovation Center for a semester, and worked alongside Dr. Ricia Chansky on an analysis of literary criticism for Caribbean science fiction. Carlos hopes to be able to pursue film studies and creative writing, in addition to his MA in literature. He is very excited about the big move and is looking forward to teaching.

With such great accomplishments, these two very admirable students would like to give some advice to future and current English Majors. They shared a few tips on how to make the most out of the college experience. First off, they emphasized on how knowing your limits is essential to being a successful student, as the saying goes, “don’t bite off more than you can chew”. Another thing they believe is essential, is knowing when to swallow your pride and ask for help. As successful English Majors themselves, they want to let fellow colleagues know that majoring in English is not a one way street, because having a BA in English can offer students many opportunities. As a good example to follow, this year’s Mellowes Award Winners are on the road to success.