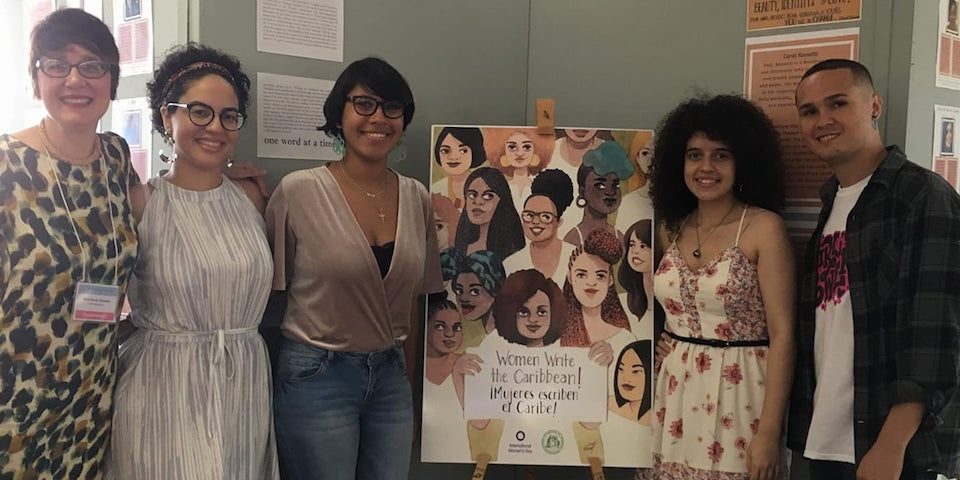 Students of the English Department, Celia M. Ayala, Joe A. Centeno, Iris A. Soto, Lourdes Rosado, Andrea V. Valdés and faculty member Dr. Ricia Chansky have organized an exhibit for the ¿Del otro lao? conference, where they highlighted female writers of the Caribbean. The exhibit is open this week on the 3rd floor of the Centro de Estudiantes.

The goal of the exhibition is to expose the public to a wide range of literature created by and for the Caribbean community. The featured writers included both well known, and obscure authors, among them, Esmeralda Santiago, Olive Senior, Lillian Allen, and many others. Iris A. Soto said that they wanted to focus on the lesser known authors, to demonstrate the diversity in experiences and identities. The team, which is known as the Caribbean Writers Study Group, shared their experience and spoke about why they think it’s important for the community to know that these authors are out there. They spoke of their reasons for wanting to popularize this side of literature, among the ideas expressed was the need for cultural identity and positive role models in schools and communities, Lourdes Rosado said there was a need for “Inspiration, specifically for younger girls, to strive to be like the women presented.” The group conveyed their feeling that there is a need for Caribbean writers to be heard, especially during this time where our country finds itself in a crisis. Dr. Ricia Chansky explained, “After hurricane Maria we wanted to provide a sense of inspiration, hope, accomplishment. The project became a labor of love that has gone beyond an economic and natural disaster to say, students have a voice, women have a voice, we have a voice.” These writers explore themes of gender construction, immigration, cultural and self-identity and positivity, among many others; as Joe A. Centeno put it, writing and reading Caribbean literature is “a way to find a space within themselves.” 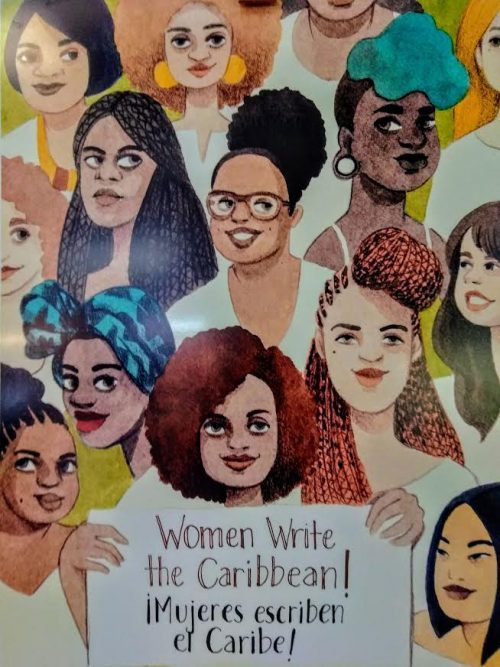 Poster for the exhibit made by Carol Rosetti.