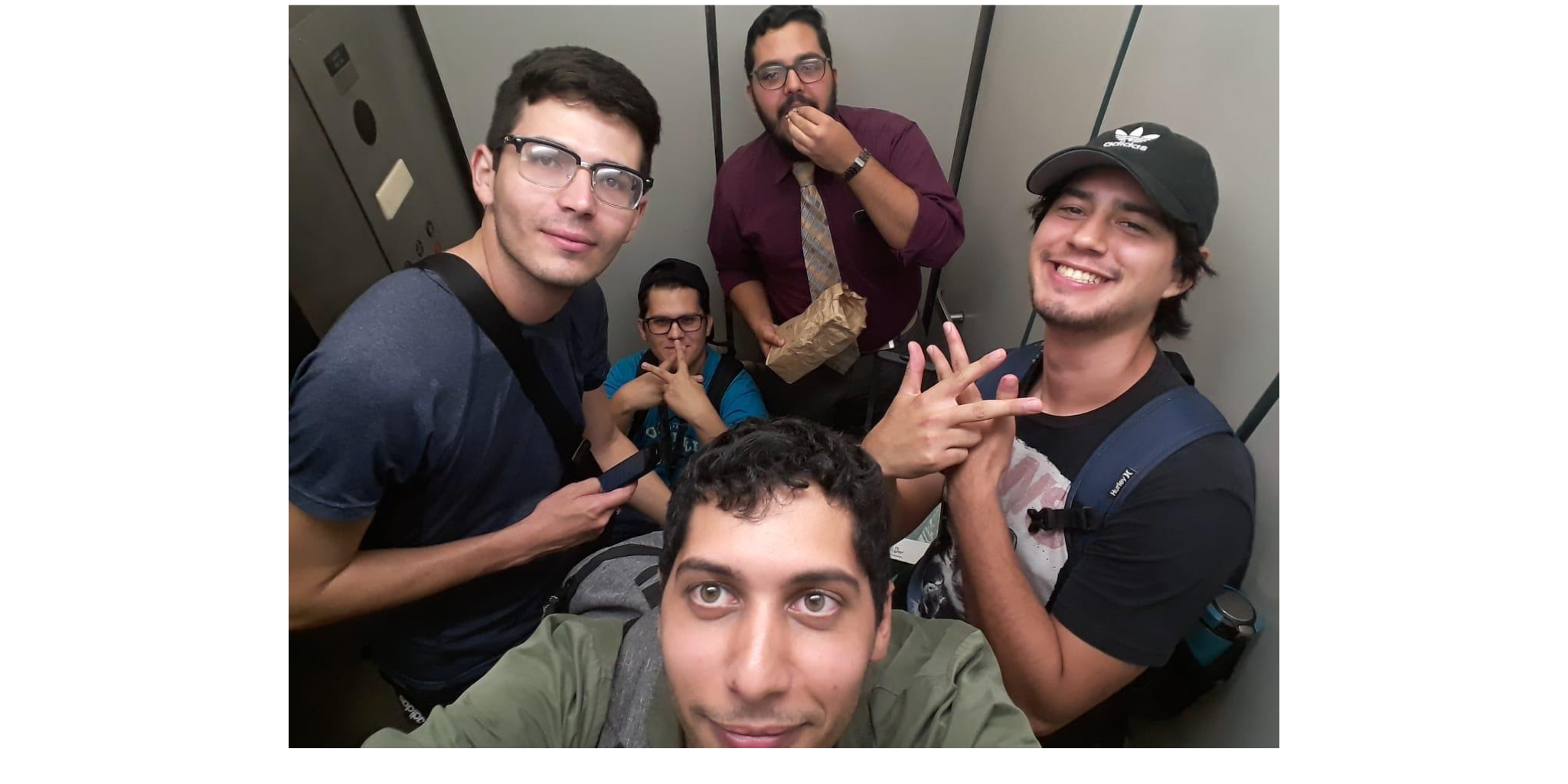 This year was full of challenges, projects, collaborations, and activities all with the goal of promoting our mission, which is to create, foment, and appreciate the art of cinema. Most of the activities we hosted were successful and brought us new members and followers on social media.

This semester began with our traditional incoming student orientation. As usual, we visited the different departments to let the students know about our association and the Film Certificate. We invited the new students to our first assembly, which took place on August 20, in which some decided to join the association. That night, we had our first activity of the year, a movie night screening of The Rocky Horror Picture Show. We received good feedback from the public and extended an invitation for them to participate in open auditions to become part of the shadow cast performance of the same movie, which was one of our main goals this semester.

This showcase of The Rocky Horror Picture Show was a tradition that our organization started in 2010 until it abruptly stopped in 2015. That is why we decided to bring it back to this new generation of students who had not yet experienced this show. After three rounds of auditions, we began what would be our biggest project for the next two months.

Besides this big production, we were filming the rehearsals to make a documentary about the project, and we were also in the pre-production phase of a short film that would be submitted to compete in Lusca Film Fest. Also, we collaborated with other associations including a Harry Potter-themed trivia night with AEDE, a movie night in which we presented Three Identical Strangers with PsiChi, and a presentation of short movies hosted by DIVEDCO in commemoration of Rene Marquez’s 100th birthday. Additionally, an invitation was extended to our members to participate as background actors for a web series called Uni. There we had the opportunity to become part of a conversation with screenwriter, director, and sound mixer David Miranda Hardy who came from Chile to teach a sound workshop for the Film Certificate.

After months of rehearsals, we opened with two shows of The Rocky Horror Picture Show on October 29th and 30th. We received excellent feedback from the public for our first performance. Because of this excellent feedback, on the second night, we decided to add a third and final show which took place on November 4th. From October 31st to November 6th we also collaborated as staff members with Lusca Film Fest in which we presented our short film  Cautelosa. Even though we did not win,  it was a great experience to participate and mingle with other filmmakers who also submitted their work.

For the next semester, we celebrated the third edition of our traditional “Road to the Oscars.” We selected four of the movies nominated for the Best Picture Category of 2020 Oscars and held movie nights for each of them. We received a great response from the audience, and soon-to-be members of our association, in every movie night. We invited our members to participate as background actors in an ABC TV show that was filming in Puerto Rico called The Baker and the Beauty. Eight of our members participated and got to experience what it’s like to be in a big-budget production.

On February 19, we collaborated with Cine Solar and Taller Libertá for the presentation of a documentary called Decade of Fire. That same night we had a special screening gala of (él) corazón delator, a documentary by our film professor Guillermo Gomez Alvarez, for the purpose of fundraising for the organization Extra Bases founded by Carlos Delgado.

The following week, we had our own presentation of the same film, in which we collaborated with PsiChi, AECIPO, Siempre Vivas, The Collective, ALC, TeatRum, ACS and the Instituto Universitario para el Desarrollo de las Comunidades. The purpose of the presentation was to educate the public about domestic violence and abuse against women. That was our last activity of the semester since we were shut down due to COVID-19. We had a great year full of activities, collaborations, and different projects that served as learning experiences for our members. It was hard but we successfully accomplished our goals, raising the bar in 2019-2020.